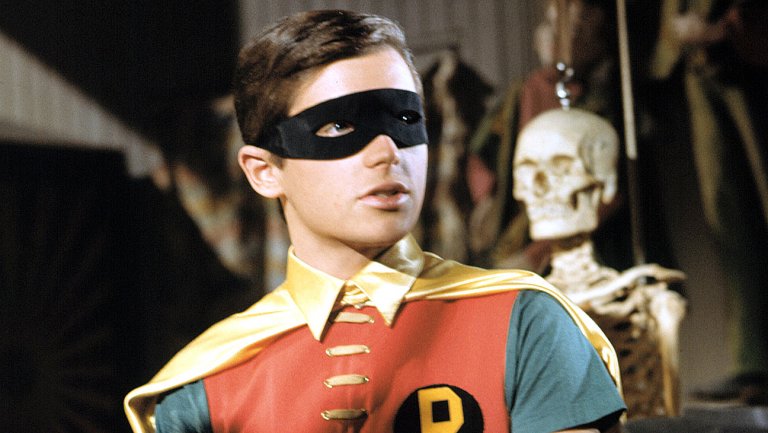 This week, Burt Ward, a.k.a. Robin of TV’s Batman fame, received a star on the Hollywood Walk of Fame. In a  corresponding interview with Page Six, Ward reflected on his days playing Batman’s side-kick, and of course the topic of bulge sizes came up.

As Ward tells it, the Catholic League of Decency reached out to ABC expressing concerns over Robin’s endowment. “They thought Robin had a very large bulge for television,” he explained. The network eventually asked Ward to medication that would “shrink me up.”

“I took them for three days and then I decided that they can probably keep me from having children,” Ward said. “I stopped doing that and I just used my cape to cover it.”

Batman himself, Adam West, apparently also struggled with the size of his bulge, but for a completely different reason. “With Adam they put Turkish towels in his undershorts,” Ward claimed.