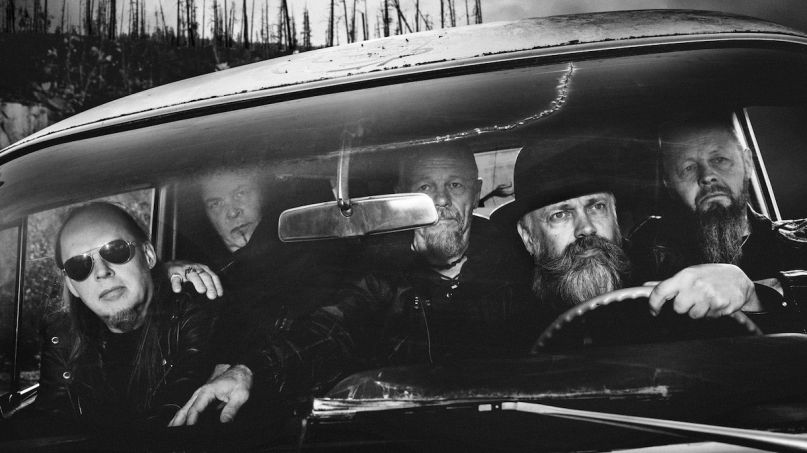 Swedish doom masters Candlemass will release a new EP, The Pendulum, this spring. The six-track release gathers unused recordings from 2019’s The Door to Doom sessions. But these aren’t mere leftovers from the Grammy-nominated album.

The band shared the thrashy title track, which touts a raw chugging riff and a faster tempo than most of the band’s typically epic doom. The song, produced by Marcus Jidell and mixed by Niklas Flyckt, sees new life after just missing the cut for The Door to Doom, which was initially intended as a double LP.

“‘The Pendulum’ is about hard riffing, epic choruses and total delusion the fanatical way,” bassist Leif Edling said in a press release. “It is in fact the last thing I wrote for The Door to Doom album but didn’t have the time to finish it. It is followed by five unreleased demos from the DTD sessions because the whole sha-bang was at first supposed to be a double effort but got trimmed down to a single album eventually.”

Edling added, “I love ‘The Pendulum’ track, album quality if you ask me, and songs like ‘Porcelain Skull’ and ‘Snakes of Goliath’ are not bad either. They just didn’t make it to the final thing. So I hope you like this EP that features the ‘missing’ songs. The last pieces of the puzzle of the 1 year recording that became the album The Door to Doom.”

See the artwork and tracklist for The Pendulum EP below. The EP arrives on March 27th, with pre-orders available via Napalm Records.