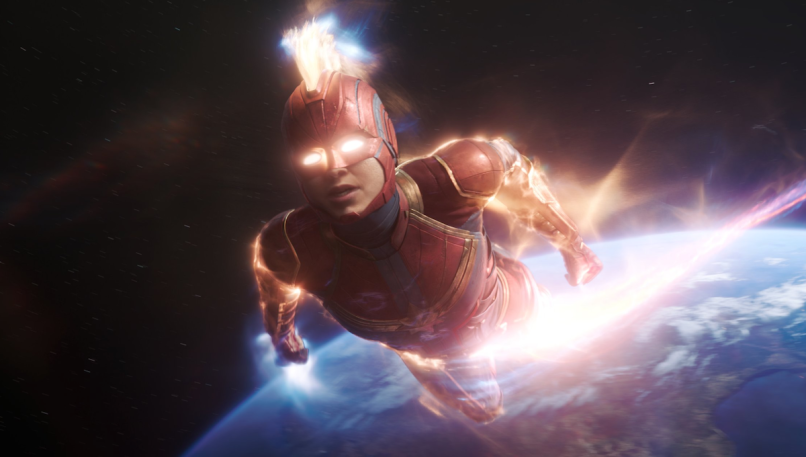 Although Thor may think he’s the most powerful Avenger, we all know who it really is. Well, it’s probably Scarlet Witch, but if not her it’s definitely Captain Marvel. As it turns out, it seems the same writer will be penning the next Marvel Cinematic Universe appearances for both those powerhouses, as WandaVision scribe Megan McDonnell has been hired to write Captain Marvel 2.

McDonnell is pretty fresh to the screenwriting game, with WandaVision being her first major credit. Whatever she’s done for the upcoming Disney+ series has clearly impressed the Marvel brass, as they’re handing her some billion-dollar reins; the MCU’s first female-led adventure, last year’s Captain Marvel grossed $1.1 billion worldwide.

Not much is known about where Brie Larson’s Carol “Captain Marvel” Danvers may go in the developing sequel, but reports indicate the “when” will flash forward from the original’s ’90s setting to the MCU’s present day. Sources also tell The Hollywood Reporter that co-writers/directors Anna Boden and Ryan Fleck won’t be back for the follow-up, though they are in talks to helm a Disney+ series (Ms. Marvel, anyone?). Marvel is said to be looking for a female director fo Captain Marvel 2.

There may be another reason Marvel brought McDonnell onto the project. Teyonah Parris will play a grownup version of Monica Rambeau, who was just a kid in Captain Marvel, in WandaVision. We already know the series will be a big bridge into the MCU’s Phase 4, so perhaps Rambeau — who in the comics was the second Captain Marvel before Danvers — will play a role in the sequel.

That’s pure speculation, of course. We’ll find out for sure when Captain Marvel 2 blasts into theaters, potentially as early as 2022. WandaVision, meanwhile, debuts later this year.