Allegedly in retaliation for speaking out against Danny Masterson, the Scientologist accused of raping the musician's wife 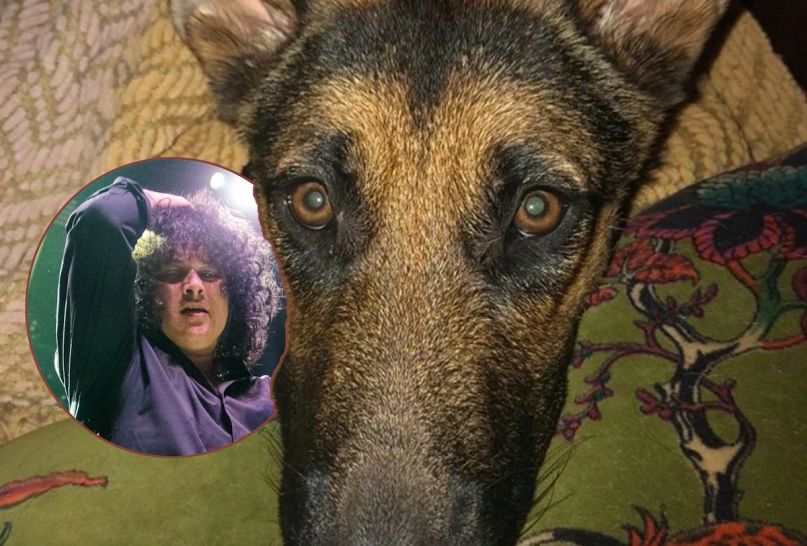 Cedric Bixler-Zavala has been an outspoken opponent of the Church of Scientology since leaving the organization some years ago. Now, according to the At the Drive-In frontman, the Church has retaliated by poisoning his dog.

Bixler-Zavala has repeatedly admonished the organization on social media, most notably in 2017. The musician accused the Church of continuously covering up for one of its members, actor Danny Masterson, who allegedly raped Bixler-Zavala’s wife, Chrissie Carnell Bixler. The Mars Volta member also alleged that he and his wife had been the focus of targeted harassment by Scientologists as a result of the rape accusations.

“Our phones and computers have been tapped and the Church has been outsourcing private investigators and various thugs to follow and try and intimidate my family under the policy known as fair game,” Bixler-Zavala wrote at the time. “If anything happens to my wife while I’m gone on tour then you’ll know why.”

Additionally, Bixler-Zavala claimed that their dog during that time had been poisoned by members of the Church. “Now the ashes of my dog sit staring at my family in our living room. Coincidence ? I’d love nothing more than to get taken to court so that all parties involved can get deposed. How u doing Marty Singer? How’s that Cosby $ treating u?” Marty Singer, once a defense lawyer for Bill Cosby, had reportedly been sending Bixler-Zavala cease-and-desist letters regarding his tweets about Masterson.

According to Bixler-Zavala’s most recent posts on social media, the family’s second dog has now fallen victim to the Church of Scientology. In one Instagram upload, Bixler-Zavala accused Scientologists of hurting his dog using a block of green rat poison wrapped in raw meat. “I’m at the vet dealing with another hurt animal,” he wrote. “This is what I’ve been finding in my front and backyard. This is what Scientology does when you speak about the predators they protect.”

The ATDI rocker posted again shortly after with news that the family dog had to be put down because of the poisoning. “This was the result of eating rat poison rolled up in raw meat. This the 2nd dog we’ve had to put down due to the harassment from private investigators and Scientologists,” claimed Bixler-Zavala.

“She died in my arms today. A team of vets and the ASPCA’s poison department just confirmed she was fed a brick of flavored rat poison. She was supposed to turn a year old this week. They fed her the most lethal kind.”

The Mars Volta musician then followed that posting up with a much longer, more strongly-worded and accusatory message. “I will not shut my mouth about this shit. Clearly you repugnant pieces of shit don’t want my wife and I to tell our story,” he wrote. “We most certainly have some interesting receipts that can tie a whole fuck load of xenu sympathizers and xenu soliers to these rapes.”