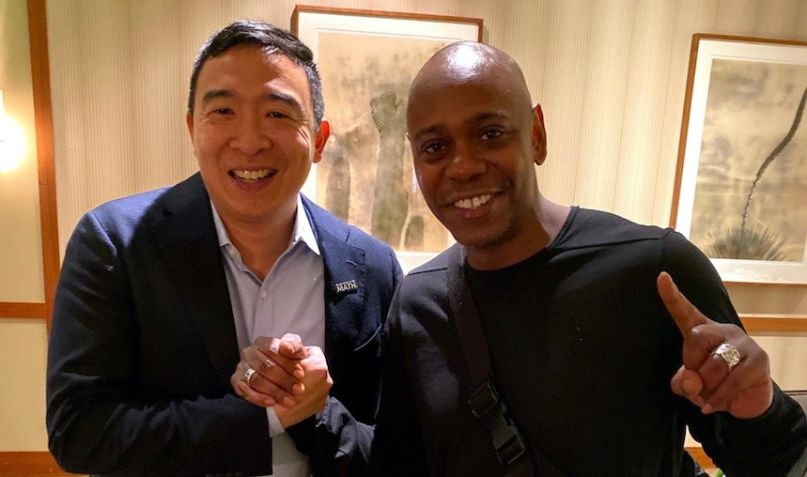 “Dave is one of the most important voices in our country today and I’m thrilled he has thrown his support behind this campaign,” Yang remarked in a statement. “He and I share similar concerns about the future and hopes for what it could be. We are also parents who see the world that we are leaving to our kids and believe they deserve better.”

In recent weeks, Yang has also picked up endorsements from Donald Glover (who has also come aboard as the campaign’s “creative consultant”), Weezer’s Rivers Cuomo, Ken Jeong, and Steven Yeun. He also seems to be vying for the coveted Elon Musk-Grimes endorsement, as he’s the only presidential candidate to date to congratulate the couple on their pregnancy.