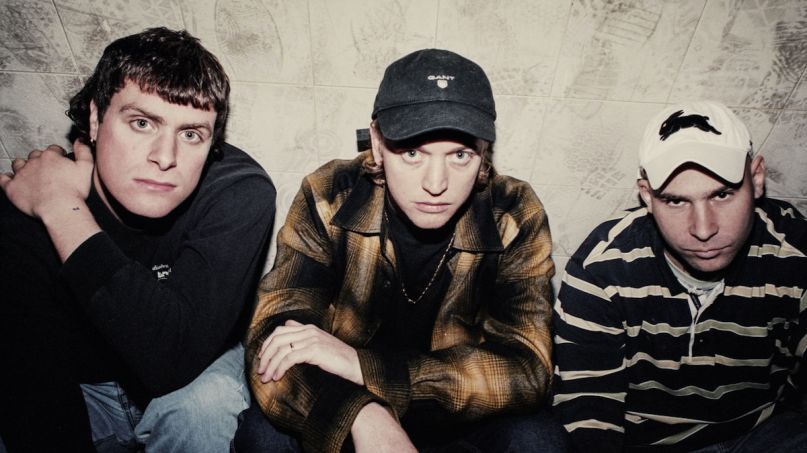 DMA’s have announced a new album called The Glow. It’s the Australian band’s third studio album and it’s set to come out on April 24th. To celebrate, they’ve shared new song, “Life Is a Game of Changing”, and a corresponding music video.

The Glow follows DMA’s previously released records For Now and Hills End. They first caught our attention back in 2016 for their amusing blend of of alt-rock, Britpop, and indie rock — and promptly earned themselves a CoSign. Since then, they’ve only grown bigger. Based on this new song, it seems they’ve gotten louder, too.

“Life Is a Game of Changing” uses a thumping bass beat to kick off what appears to be the band’s new dance-focused era. It’s fast and flashy, so ready yourself for the chorus. By the time the descending synth glitter trickles in, it sounds like a Chemical Brothers track with pop vocals in the mix.

In the song’s music video, directed by Bill Bleakley, local people in Thailand can be seen living their best lives. The footage captures them riding motorcycles down the streets at night, getting fresh ink at tattoo shops, singing karaoke with friends, and petting some very cute birds. The whole thing lends an air of youthfulness to the track. Watch it unfold below.

DMA’s are in the midst of opening select tour dates for Liam Gallagher. Chances are they’ll announce a headlining tour of their own in support of The Glow relatively soon. Until then, stay tuned for more updates, and grab tickets to all of their upcoming concerts here.

Pre-orders for The Glow have already begun. In addition to “Life Is a Game of Changing”, the LP will feature “Silver”, which DMA’s released in October. Keep scrolling for the full tracklist as well as the album artwork.