Gigi Hadid could be a juror in Harvey Weinstein trial 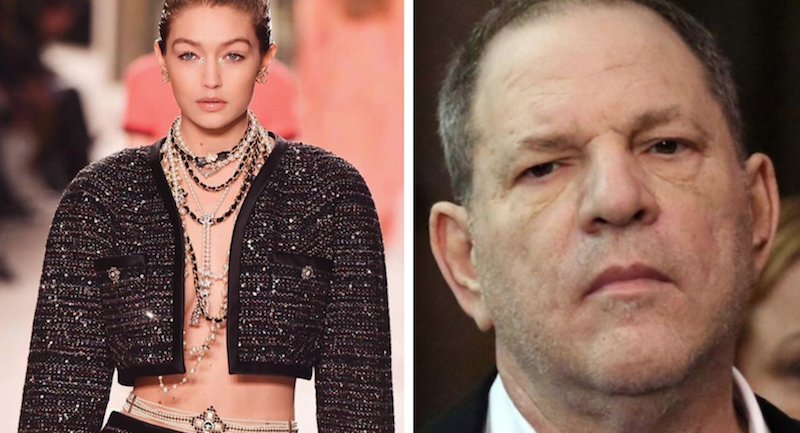 As one of about 120 potential jurors, Hadid appeared before Judge James Burke on Monday, according to The Hollywood Reporter. She answered a series of routine questions that included whether she had met the defendant or any potential witnesses.

Hadid answered that had, indeed, met Weinstein. She said she also knew Salma Hayek, who accused Weinstein of sexual harassment and was therefore a possible witness. Judge Burke reportedly asked her, “Is there anything about having met them that makes you unable to be an impartial juror?”

Hadid responded, “I think I’m still able to keep an open mind on the facts.”

Her own opinion aside, it would be somewhat surprising to see a person as famous as Hadid serving on this high-profile case. Many celebrities have been called to jury duty before, but most are excused early in the process, either for work conflicts or simply because their presence is a distraction.

This may have already happened. According to THR, reporters covering the Weinstein case were initially forbidden from reporting Hadid’s identity, since she was still only a potential juror. Later, reporters were granted permission, although there was no formal announcement of Hadid’s juror status.

While the trial has barely begun, Weinstein has already been reprimanded for using his cell phone in court. No matter how this case shakes out, Weinstein will face additional rape charges in Los Angeles, as well as a new lawsuit alleging he sexually assaulted an underage girl. Weinstein has defended himself in public, going so far as to cast himself as a feminist hero.