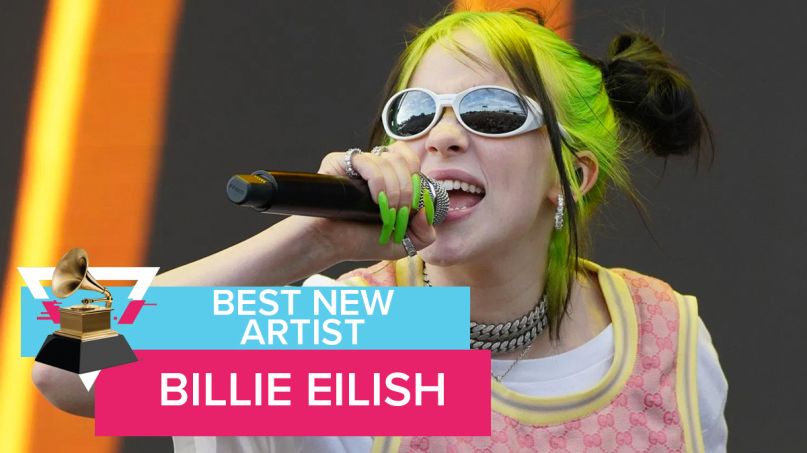 Billie Eilish has been named Best New Artist at the 2020 Grammys. Check out our complete winner’s list for an update on all the night’s victories.

UPDATE: It’s official: Eilish has also won Song of the Year, Record of the Year, and Album of the Year, becoming the first female and youngest artist to sweep the General Field in one night. She’s only the second artist overall to win them all in one night, with Christopher Cross doing so in 1981. Adele won all four in different years.

The win is another bright green feather on the cap Eilish has adorned all year. The pop megastar was named our Artist of the Year for the way she reinvented both the genre and the very idea of a pop star thanks to her massive album, When We All Fall Asleep, Where Do We Go? Her single “bad guy” made Eilish the first artist born in this century to top the Billboard 100 when it broke Lil Nas X’s 19-week streak for “Old Town Road”. It also earned the pop megastar the distinction of becoming only the third female solo artist in history to achieve two No. 1 alternative singles (the other being “bury a friend”).

What’s more, alongside Lizzo, she’s the first artist since Sam Smith in 2015 to be nominated for all four of the Grammy Awards’ top categories in a single night. Her win for Best New Artist makes her the second-youngest to take home the prize, behind LeAnn Rimes, who was just 14 when she earned the distinction. In taking home one the Grammys’ highest honors, she has beaten Black Pumas, Rosalía, Lizzo, Lil Nas X, Maggie Rogers, Yola, and Tank and the Bangas.

Elish’s “bad guy” was nominated for Best Pop Solo Performance, while she also won Best Pop Vocal Album. (Again, she’s only 18 — the youngest artist to sweep the General Field categories.) She performed “when the party’s over” earlier in the night with her Producer of the Year, Non-Classical-winning brother, FINNEAS. Rewatch that video now.

In addition to working on the new James Bond theme, Eilish has a massive tour in the works, including stops at Hangout Music Festival, Madrid’s Mad Cool Festival, and Lollapalooza Paris. She puts on a live concert unlike anyone, so get tickets to all her upcoming concerts here.