An exclusive playlist highlighting some of the night's biggest awards 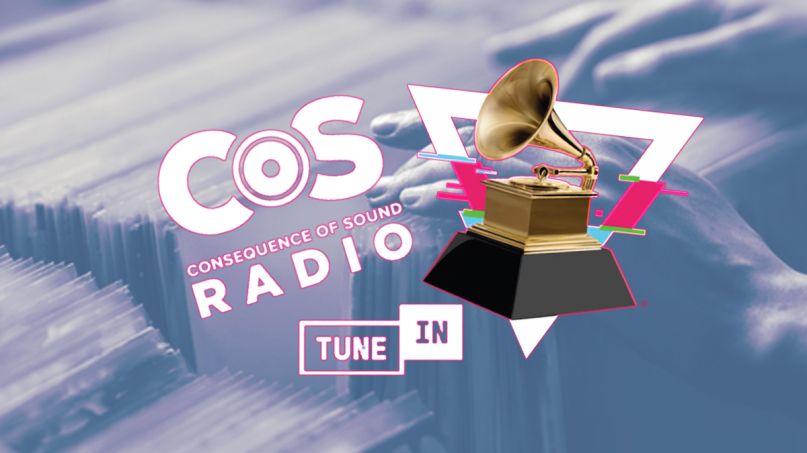 In the midst of a fair amount of controversy, the 62nd Grammy Awards go down this Sunday in Los Angeles. Still, even as ousted President/CEO of the Recording Academy Deborah Dugan raises allegations of voter corruption and conflicts of interest, even she plans to watch the show and celebrate the artists who have worked tirelessly to achieve this level of recognition. And we too want to honor the deserving work of those nominated for the 2020 Grammys.

So today on Consequence of Sound Radio on TuneIn we’re highlighting some of the artists nominated for two of the night’s biggest awards: Song of the Year and Record of the Year. Our latest edition of Inspired By airs at 5:20 p.m. ET Friday, January 24th, and again right before the Grammys themselves at 5:00 p.m. ET on Sunday, January 26th.

Now, keep in mind “Record of the Year” is not referring to a full-length (that’d be Album of the Year), and it’s a different thing altogether from Song of the Year. “Song” refers strictly to the written music and lyrics, while “Record” is about the completed track itself, which is why it goes to producers, musicians, mixers, and everyone else involved. Think of it like the difference between Best Screenplay and Best Movie, in a way.

(Read: What the 2020 Grammys Got Right and Wrong About Latin Music)

This year, a number of Consequence of Sound favorites are vying for the prizes. Our 2019 Artist of the Year Billie Eillish is up for both awards with “bad guy” off When We All Fall Asleep, Where Do We Go?. Her competition for the two Grammys include Lizzo and H.E.R., up for “Truth Hurts” and “Hard Place”, respectively. The ever-evolving Bon Iver is gunning for a number of big ticket honors, including Record of the Year for “Hey, Ma”. Even Lady Gaga found her way into the Song of the Year race with her A Star Is Born track “Always Remember Us This Way”.

Ariana Grande, Taylor Swift, Lana Del Rey, and of course Lil Nas X and Billy Ray Cyrus are all included in these top-tier categories. With all these big names, it almost doesn’t matter who takes home the trophies, because you can be sure our Inspired by The 2020 Grammys playlist on CoS Radio will be a winner. Listen in via the embedded player above, at CoS Radio at TuneIn, or via the TuneIn app, which you can get at the Apple App or Google Play stores.

Also on TuneIn, listen to recent episodes of the Consequence Podcast Network series This Must Be the Gig with Grammys host Alicia Keys and nominee for Best Roots Gospel Album Gloria Gaynor. You can also hear the former’s interview below.

Make sure to stay tuned for all our Grammys 2020 coverage!