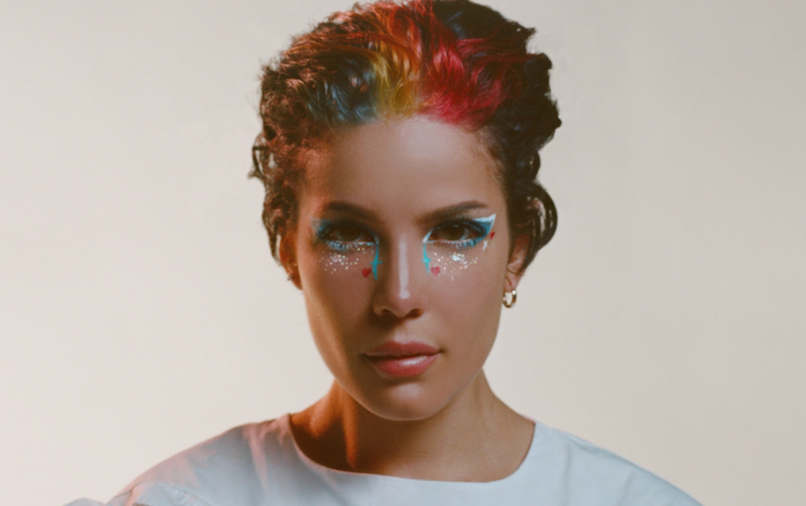 Halsey has shared her newest album Manic. Stream it below via Apple Music or Spotify.

The latest album serves as a follow-up album to 2017’s Hopeless Fountain Kingdom. The lengthy 16-track LP boasts a few big guests, such as Suga of BTS and Alanis Morissette.

In a recent interview with Rolling Stone, the 25-year-old singer spok about the pivot that came with the new record, stating that “It’s a lot different than I thought it was going to be, that’s for sure.”

“I think I have this expectation of myself that all of my music needs to be like dark and cinematic and angry and aggressive. I was cast into this badass role, which can be exhausting sometimes. Sometimes I find myself in the studio, and I’ll have a song that’s really sweet, and I’ll be like, “I can’t put that out. People want to hear me sing with my middle finger in the air.” I think I’m expressing my angst in a different way. This album is highly conversational.”

Manic arrives today via Capitol. Physical copies, which come in an array of pastel toned vinyl, can be found at the artist’s online store. The pop singer has a string of recently announced shows dubbed the “Manic Tour,” grab tickets here.

Also keep an eye an ear on some of her recent guest moments on other projects, such as Bring Me the Horizon’s surprise December LP ~GO TO~, along with the forthcoming Birds of Prey soundtrack.

Listen to Halsey’s Manic below.