Drawing inspiration from surrealism and the work of sci-fi novelist Philip K. Dick 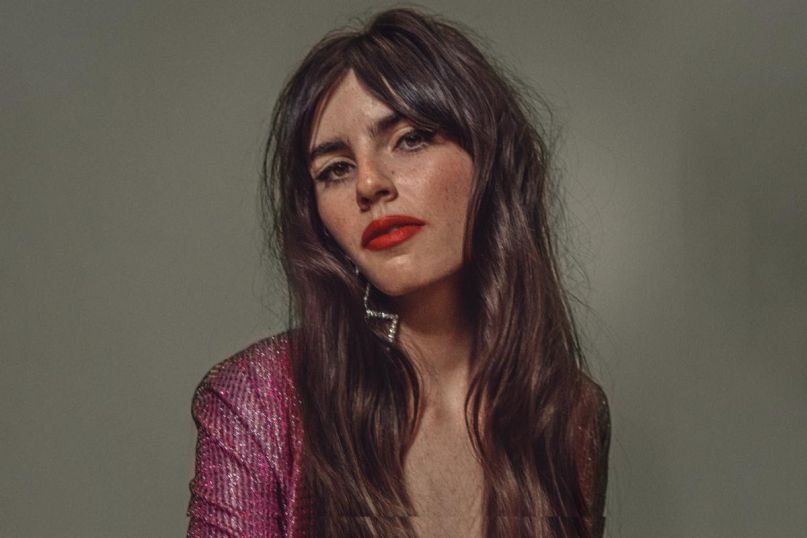 Rising indie pop artist Hazel English is teaming with Polyvinyl Records/Marathon Artists to release her debut album. Emphatically dubbed Wake UP!, the effort is due out April 20th.

The 10-track effort was produced by both Justin Raisen (Angel Olsen) in Los Angeles and Ben H. Allen (Animal Collective) in Atlanta. As its name suggests, the LP is meant to shake up its listeners, “make people become more aware and mindful.” English added, “Sometimes I feel like we’re just sleepwalking through our lives.”

For the Australia-born, LA-based musician, the album came to fruition following something of an existential crisis, which saw English question everything from her own happiness to her everyday relationships. After reflecting and realizing she felt unfulfilled, English came up with the Wake UP! title and used it as her own personal mantra.

As an early teaser of the forthcoming record, English is sharing “Off My Mind”, which is “about feeling stuck in a situation but too afraid to make a move. It’s about the limbo state between where you are and where you want to be.” It’s a lovely listen and one that recalls ’60s-era acts like The Mamas & The Papas and Jefferson Airplane. Check it out via its official video.