"It's absolutely John's place to be in that band. So that's why I'm happy for him, I'm happy that he's back with them." 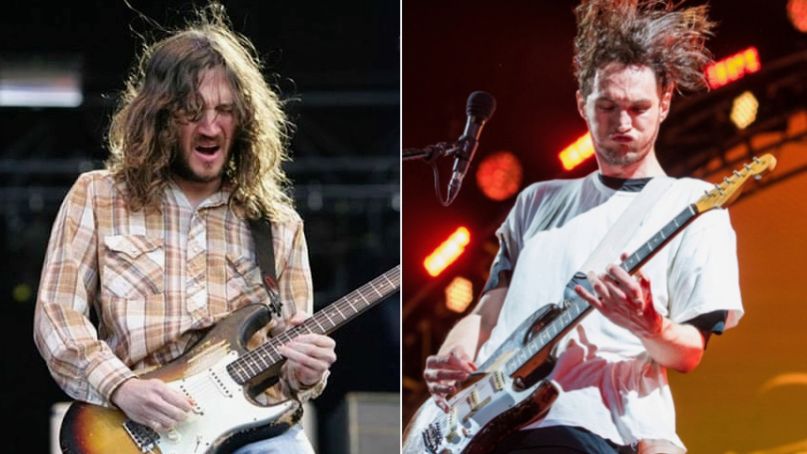 Josh Klinghoffer has made his first public comments since his firing from Red Hot Chili Peppers. Kilinghoffer was let go from the band in December after longtime guitarist John Frusciante returned to the fold.

In an interview with Marc Maron for his WTF podcast, Klinghoffer called Red Hot Chili Peppers’ decision “pretty simple” and said there’s “no animosity” between the two sides. “It’s absolutely John’s place to be in that band. So that’s why I’m happy for him, I’m happy that he’s back with them.”

Klinghoffer said the news came as a “complete shock but not a surprise,” as he had known Frusciante had been jamming with Flea in recent months. “John and Flea have a musical language. I’ll never be able to contend with the history him and John had,” Klinghoffer remarked.

Klinghoffer told Maron that he was informed of the band’s decision in person, and went as far to describe the moment as “really sweet.” He recounted, “I rode my bike over [to Flea’s house]. They just said, ‘We’ll get right to it. We’ve decided to ask John to come back to the band.’ And I just sat there quiet for a second and I said, ‘I’m not surprised.’ And the only thing I could think to say was, ‘I wish I could have done something with you guys, musically or creatively, that would have made this an absolute impossibility.'”

Prior to his departure, Klinghoffer had been working on a new album with Chili Peppers. He said there were songs written, but never recorded, and he assumes those songs will be discarded in favor of new ones written with Frusciante.

Elsewhere during the interview, Klinghoffer discussed his personal relationship with Frusciante. The two had been close collaborators prior to Frusciante’s 2009 exit from Chili Peppers, but Klinghoffer admitted that they had lost touch after he himself was invited to join the band. “We had been friends and working together. When they decided they wanted to carry on and he maintained he was sort of done with it, and they asked me to do it, I think he was really surprised that they were going to carry on without him… It was sort of a strange position I was holding.”

Summing up his 10-year stint in Red Hot Chili Peppers, Klinghoffer commented, “If John coming back had happened five years ago, it would have been hard for me, temporally, to weigh [my contributions] against what they had. Now, after 10 years, two tours, and almost three albums of writing, I’m really proud of what I did with them. I feel like we did create something.”

Listen to the full episode below.

Red Hot Chili Peppers (with Frusciante) have begun to fill up their tour schedule with several festival appearances, including the Gulf Shores’ Hangout Festival, Boston Calling, BottleRock in Napa Valley. You can find tickets to all of the band’s upcoming dates here.