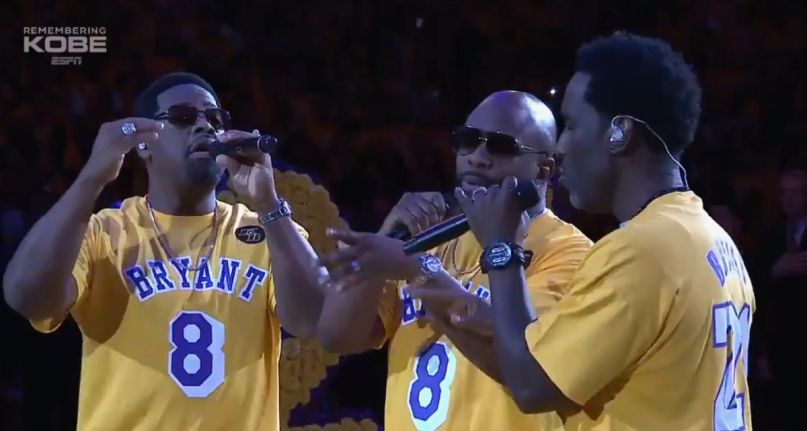 The Los Angeles Lakers paid tribute to Kobe Bryant prior to Friday night’s game against the Portland Trailblazers. It marked the Lakers’ first home game at the Staples Center since Bryant’s tragic death on Sunday.

Usher kicked off the pre-game tribute by singing “Amazing Grace”. Cellist Ben Hong then played a rendition of “Hallelujah” as the musical accompaniment to a tribute video which was narrated by Bryant himself.

“Tonight we celebrate the kid that came here at 18, retired at 38 and became probably the best dad we’ve seen over the last three years,” James said during his speech.

Watch video of the tribute below.

Bryant, his 13-year-old daughter Gianna, and seven others were killed in a helicopter crash on Sunday, January 26th. Boyz II Men also took part in a Grammys tribute to Bryant, joining Alicia Keys for “It’s So Hard to Say Goodbye to Yesterday”.

"Tonight we celebrate the kid that came here at 18, retired at 38 and became probably the best dad we've seen over the last three years.” pic.twitter.com/0sS7e91cuz