The song comes with a video inspired by The Truman Show 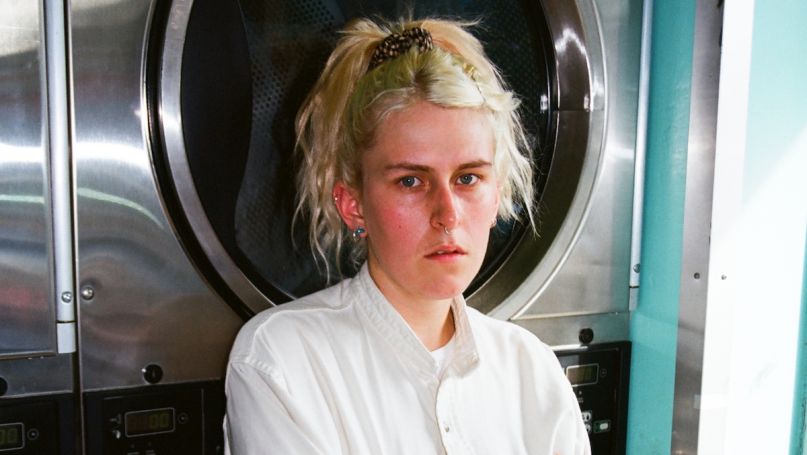 Lala Lala, the indie project of Chicago’s Lillie West, has developed quite a fruitful collaborative relationship with WHY? over the last few years. She appeared on the band’s visual album AOKOHIO last summer, and teamed up with them again for the single “Siren 042” just a few months later. Now, she’s back together with WHY? mastermind Yoni Wolf for the latest Lala Lala track, “Legs, Run”.

For a song without a true climax, “Legs, Run” is remarkably gripping. Dreamy synthesizers twinkle under West’s heavy vocals, actually slowing after a build as her voice raises higher to ask, “Who will I love in the end?” Almost a full three-quarters of the track float by before percussion begins pounding towards a feign resolution — and the question is left unanswered.

That sort of dangling existentialism is reflected in the song’s Weird Life-helmed music video. An homage to the end of The Truman Show, the clip uses the stage door at the end of the world as a metaphor for the final question Lala Lala asks in “Legs, Run”.

(Read: When a Festival Is Defined by Its Name: Mad Cool 2019 Review)

Check out the video below. A press release promises “more exciting things from Lala Lala in the very near future,” so stay tuned.