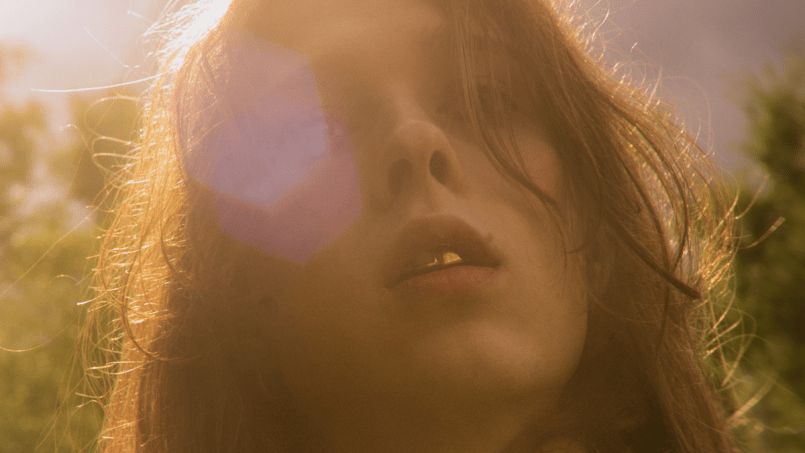 Lauren Auder, photo by Will Reid

Over the last few years, Lauren Auder has been slowly building a pop world of their own. In 2018, the London-via-Southwestern France artist released their debut EP, Who Carry’s You, a wide landscape of lush rolling orchestral layers and soft trickling piano, cut through by Auder’s slow, deliberate verses. While also entering the fashion world with work for Gucci and as the face of Hedi Slimane’s 2018 Celine collection, the artist has continued honing their sound. Today, Auder has released their newest single, “june 14th”, via True Panther and Harvest Records.

The new track feels like an amplification of Auder’s sound, still carried by symphonic arms, but with a stronger rush of pop integrated into the mix. Vocally, Auder sways between long sonic brushstrokes into more unkempt movement, cracking at the edges of the lyrical lines.

Alongside the single comes a new music video directed by Will Reid. Decorated in a simple space to nod toward the baroque influence, the minimalist visuals showcase Auder leaning into an emotional performance of the track, fervently jumping between quivering movements as the song’s builds and leaps. Take a look below.

Those over in the UK and Europe have a few chances to see such performances live, as Auder has a string of tour dates ahead. Keep an eye on their Facebook for details on tickets, and find the full itinerary below.