The Comedy Cellar is where Louis C.K. returned to comedy after admitting to sexual misconduct 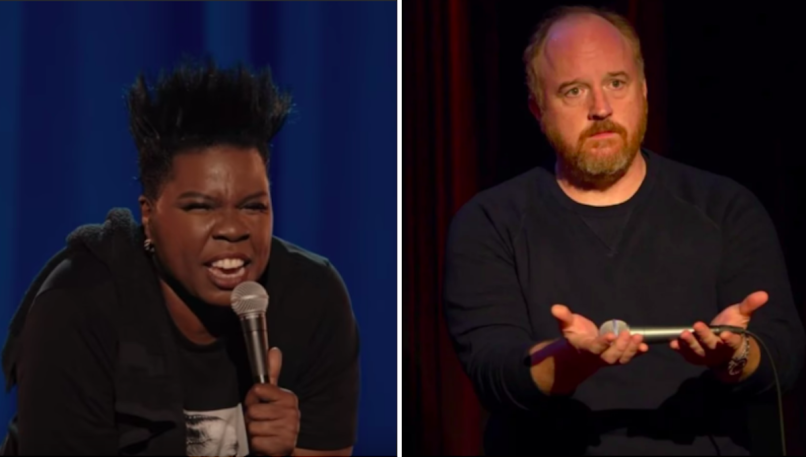 After admitting to sexual misconduct in 2017, Louis C.K. lay low for a couple of months before returning with a surprise performance at New York’s Comedy Cellar. Afterwards, the Comedy Cellar was the subject of criticism and protest, but as the New York Times recently reported, only one star comic boycotted it entirely: Leslie Jones.

In a new Times profile, Jones said it was a personal decision. She suggested she “knew girls” who had been sexually harassed by C.K., “and they got to walk into the club and see him talking to the owner. That ain’t cool.”

Jones responded by moving her semi-regular standup performances to the Comic Strip on the Upper East Side. Why did she prefer that club? “They took his picture down,” she explained. “Mine’s up.”

Since then, Leslie Jones has spoken with the management of the Comedy Cellar and expressed her displeasure. After “a long stint away,” Jones eventually ended her boycott. She has since resumed performing at the Cellar.

The rest of the interview is full of interesting career reflections, including Jones’ dream of hosting The Tonight Show, why white audiences are “so much easier,” than black audiences, and the reasons she left SNL last year. Said Jones, “I’m 52 and tired. SNL is a hard job. It’s 100 hours a week. Also, it’s an institution. I get bored. And I want to do different things.”

One of those things is Jones’ new Netflix special Time Machine, which came out this week. Jones has a role in the upcoming flick Coming to America 2, but she’s probably more excited about her gig hosting the game show Supermarket Sweep.

As for Louis C.K., he’s still stirring up controversy. Last year he told an Israeli audience, “I’d rather be in Auschwitz than New York City,”  and before that he issued a stern copyright notice attempting to limit reporting on his shows.