Original cast and director are "ready to go, so it’s about the script" 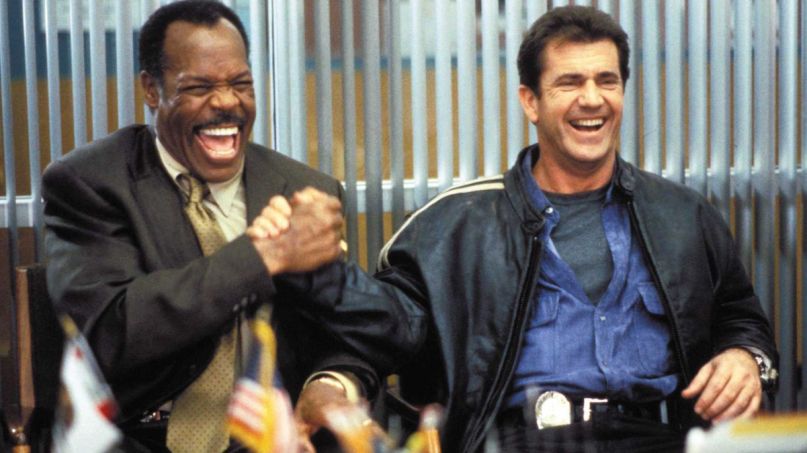 I guess we really aren’t ever too old for this shit. It looks like the long-developing Lethal Weapon 5 is a real possibility, with original stars Mel Gibson and Danny Glover reuniting with series director Richard Donner.

During a roundtable for The Hollywood Reporter, producer Dan Lin (LEGO Movie, It) “knocked on wood” when he revealed he’s “trying to make the last Lethal Weapon movie.” Promising that Donner would be back, he added, “The story itself is very personal to him. Mel and Danny are ready to go, so it’s about the script.”

The last we heard about a fifth entry in the buddy copy series was that Lethal Weapon 4 scribe Channing Gibson (no relation — and not much career, since his last film was 2004’s Walking Tall) had delivered a script Donner called “very dark.” At the time, the director said he “wanted to end it on an emotional note, and I don’t think it’s gonna happen,” due to hold ups in Warner’s legal department. Now it sounds like Lin is fighting through those negotiations and working to push through what’s rumored to be called Lethal Finale.

It’s been a long journey since 1998’s fourth Lethal Weapon film. Donner and the screenwriting Gibson had been plotting a sequel for nearly a decade before WB gave the series’ other producer, Joel Silver, a shot in 2007. Shane Blake, who wrote the first two films, was brought back on and pitched a decent story. However, Gibson the actor refused to move forward without Donner coming back. WB then explored the idea of a reboot with Fast & Furious director Justin Lin and Thor star Chris Hemsworth.

In 2016, Fox launched the Lethal Weapon TV series, with Damon Wayans as Roger Murtaugh and Clayne Crawford as Martin Riggs. The series actually had strong numbers, but poor behavior from Crawford and his inability to get along with Wayans led to his being fired before the show’s third — and subsequently final — season. He was replaced by Seann Williams Scott.

You can watch the THR roundtable discussion below. Lin’s comments come around the 44:14 mark.