Musicians to picket Amazon events at SXSW over relationship with ICE

Wolf Parade, DIIV, Neutral Milk Hotel, of Montreal, Baths, The Black Madonna, and more have signed on in support 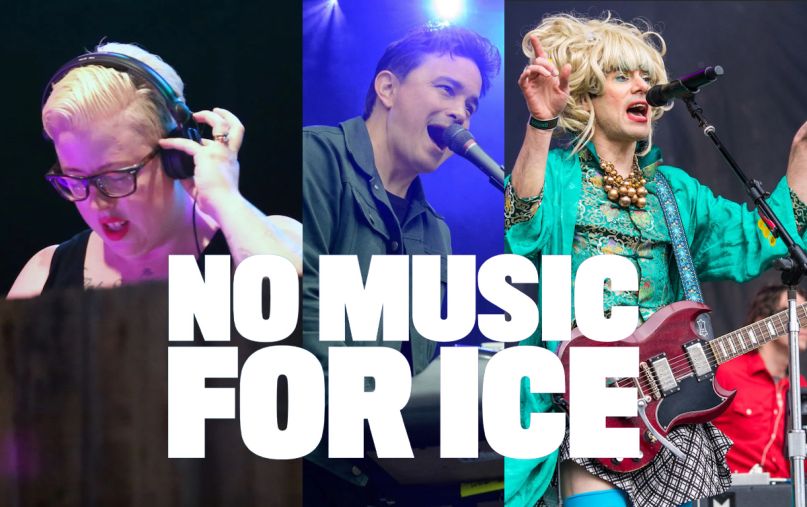 Thousands of musicians have signed a petition demanding that Amazon stop providing technical support to the US Immigration and Customs Enforcement. Now, organizers of the No Music for ICE protest are planning picket lines around Amazon-sponsored events at South by Southwest 2020.

ICE came under fire in 2018 when the Trump administration enacted its policy of forcefully separating migrant children from their parents. Criticism of Amazon soon followed, as it became clear that the tech giant licenses facial-recognition software to lCE as well as hosts ICE’s operations on their servers.

No Music for Ice was founded last October to protest Amazon’s Intersect Music Festival. Now that the December fest is past, organizers are asking musicians to use their collective platform to draw attention to immigration issues at SXSW. The event is, of course, held in Texas, a State in which ICE has been incredibly active over the last year. So far Wolf Parade, DIIV, of Montreal, Baths, The Black Madonna, and many more artists have signed the petition pledging not to play Amazon-sponsored shows during SXSW.

The organizers have the following demands:

No Music for Ice is planning to provide “signs, t-shirts, banners, and more” for those participating in its SXSW protest, and encourages interested artists to email them at NoMusicForICE@gmail.com.

No Music for ICE isn’t the only group upset about the US’ immigration policy. Last summer, Vic Mensa held a protest concert outside ICE headquarters, and in the world of South Park, Cartman separated Kyle’s family.