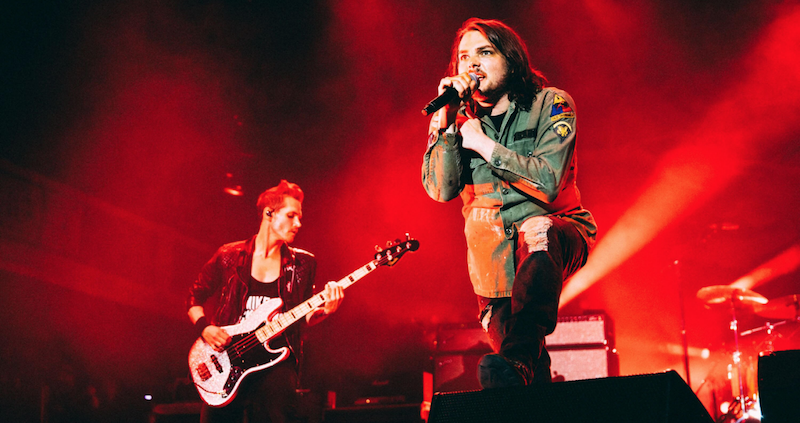 My Chemical Romance performed their first reunion concert last month at Shrine Auditorium in Los Angeles. One fan named Jeyzeus Hays decided to memorialize the long-awaited comeback, My Chemical Romance’s first performance in seven years, by compiling multiple videos of fan footage into a proper concert film. The entire reunion video, titled My Chemical Romance – Live in California 2019, can be viewed below.

My Chemical Romance – Live in California 2019 captures every thrilling moment of the band’s official reunion, from the opening curtain drop on through to the final encore song. It clocks in just over an hour and 40 minutes, which means you can watch the entire show and feel like you were there. Hays compiled the footage from videos previously uploaded to YouTube as well as footage other fans sent over, and then mixed the audio from multiple sources.


“This is the full concert, edited together using thousands of cuts, merged audio, [and] multiple HD video sources to create a high quality version of the show,” Hays wrote on Reddit. “I’ve been working on it since the night of the show. It’s not official by any means, but it is the closest we are gonna get to a proper copy of the show.”

(Read: 10 Emo Albums Every Music Fan Should Own)

My Chemical Romance – Live in California 2019  is incredibly detailed and surprisingly well made, especially considering it’s a bunch of clips recorded by fans while singing their hearts out. For those who wished they could have been at the concert but couldn’t afford a plane ticket, this one is for you. Watch the film below.

This isn’t the last we’ll see of My Chemical Romance. Shortly after announcing their reunion, they quickly revealed a handful of 2020 tour dates, including stops in Australia and Japan. Grab tickets to all of their upcoming concerts here.