The setlist included "Lithium", "In Bloom", "Been a Son", "Heart-Shaped Box", and David Bowie's "The Man Who Sold the World" 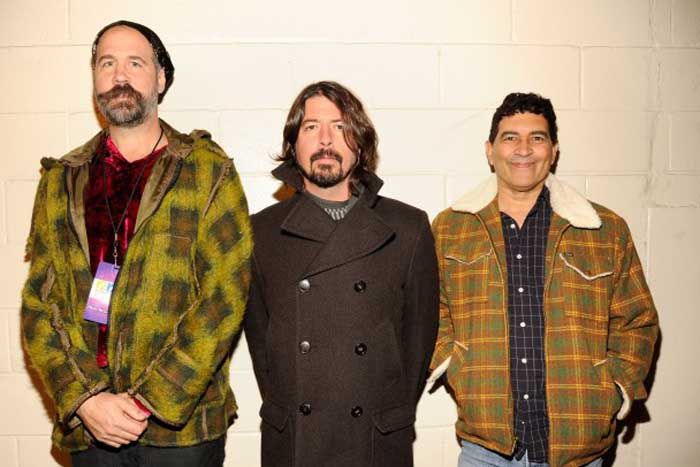 The surviving members of Nirvana reunited for a five-song performance at the “Heaven is Rock & Roll Gala” at the Palladium in Los Angeles on Saturday night.

Dave Grohl, Krist Novoselic, and Pat Smear were joined by Beck, St. Vincent, and Grohl’s 13-year-old daughter Violet, each of who took a turn singing lead vocals. St. Vincent took the lead on “Lithium”, “In Bloom”, and “Been a Son”, Violet sang “Heart-Shaped Box”, and Beck grabbed the mic for a cover of David Bowie’s “The Man Who Sold the World”.

Watch video of the full performance below. Proceeds from the gala went towards The Art of Elysium, which supports individuals in the midst of difficult emotional life challenges including illness, hospitalization, displacement, confinement, and/or crisis.