The first preview of Gigaton has arrived 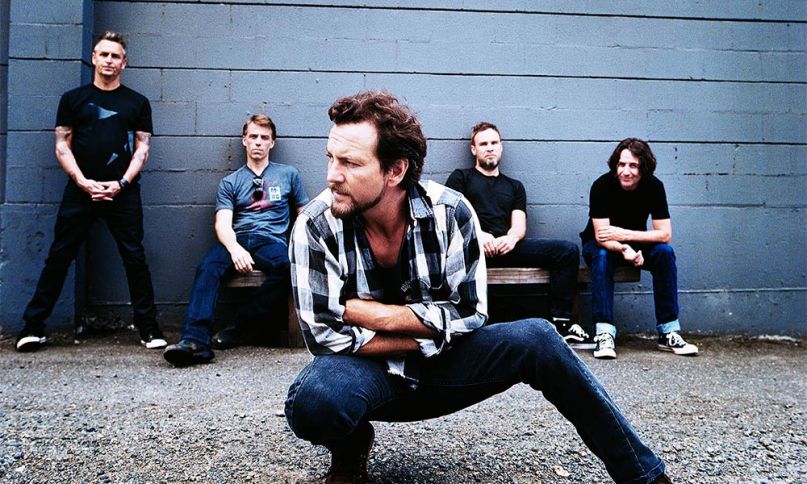 Pearl Jam have unveiled “Dance of the Clairvoyants”, the first single from their upcoming album, Gigaton. Take a listen below.

In a statement, bassist Jeff Ament described “Dance of the Clairvoyants” as “a perfect storm of experimentation and real collaboration,” adding, “We’ve opened some new doors creatively and that’s exciting.” That’s a bit of an understatement, as the funky experimental rocker sounds more Talking Head than Seattle grunge. Hear for yourself below. Update: Watch a video for the single below.


Spanning 12 tracks in all, Gigaton marks Pearl Jam’s first new album in seven years. The Seattle rockers will support the release by embarking on a North American tour starting in March. Pick up tickets to their upcoming shows here.