Police respond to report of a "battery in progress" 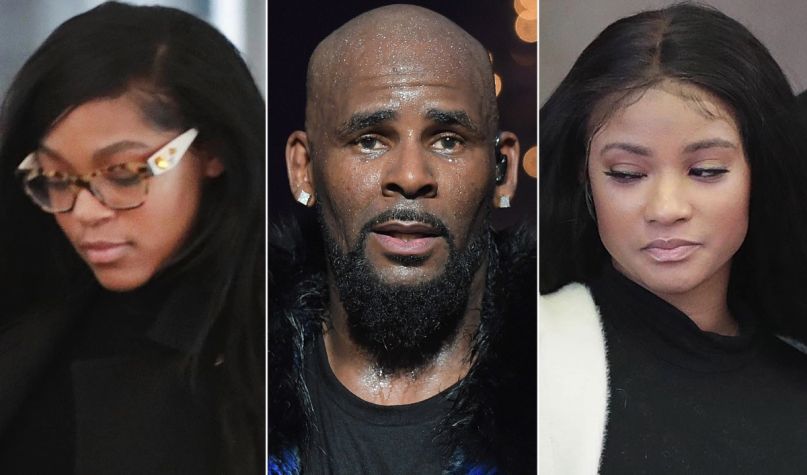 Police responded to a “battery in progress” report at R. Kelly‘s Chicago residence on Wednesday afternoon. The call was made after an argument between the singer’s girlfriends, Azriel Clary and Joycelyn Savage, escalated to a fight inside his Trump Tower apartment.

When police officers arrived, 24-year-old Savage had fled but 22-year-old Clary, the alleged victim, was still present. She relayed that they were “engaged in a verbal altercation that became physical when the 24-year-old female offender struck the victim in the face,” according to a statement from the Chicago Police Department to The Hollywood Reporter. The women were “engaged in a physical altercation until separated by unknown individuals at the scene.” Clary was then taken to Northwestern Hospital and is reportedly in “good condition” now.

Update: Savage has been charged with misdemeanor battery, according to TMZ.

A portion of the incident was actually broadcast by Clary on Instagram, as she posted a live story of the moment she met up with Savage at Kelly’s residence. In the video, which TMZ obtained, Savage goes after Clary, calling her “evil” and “disrespectful”, and an altercation ensues, causing the phone to fall on the floor. In the audio, two other people can be heard trying to break up the fight and Clary yells that someone is going to jail for “sleeping with me as a minor.”

Later that day, Clary posted another live video on Instagram. In it, she explains what happened after the police officers arrived and claims that a “handler” for Kelly walked into the apartment to gather the singer’s Grammy trophies in response to the airing of the latest Kelly documentary. Clary says Savage “attacked me and I had to defend myself, so I would like to press charges immediately.”

Clary, who met Kelly at age 17, and Savage, who met Kelly when she was 19, both appeared in Lifetime’s newest installment in the docuseries, Surviving R. Kelly Part II: The Reckoning. When the finale aired on January 4th, the filmmakers updated viewers that Clary had left Kelly’s residence in Trump Tower in December and reunited with her family. Meanwhile, Savage was still at Kelly’s Trump Tower apartment.

Last month, Savage posted a video defending Kelly and denied that a Patreon allegedly started by her (which was updated with disturbing details of abuse and later shut down) was accurate.

Kelly is currently sitting in jail in Brooklyn awaiting trial on charges of racketeering and violations of the Mann Act. Additionally, he’s facing 11 felony counts of sexual misconduct in Chicago, along with charges in Minnesota. Oh, and a different criminal investigation is still open in Georgia. Kelly is expected to appear in court for his first federal trial on April 24th… unless his infected toe acts up again.