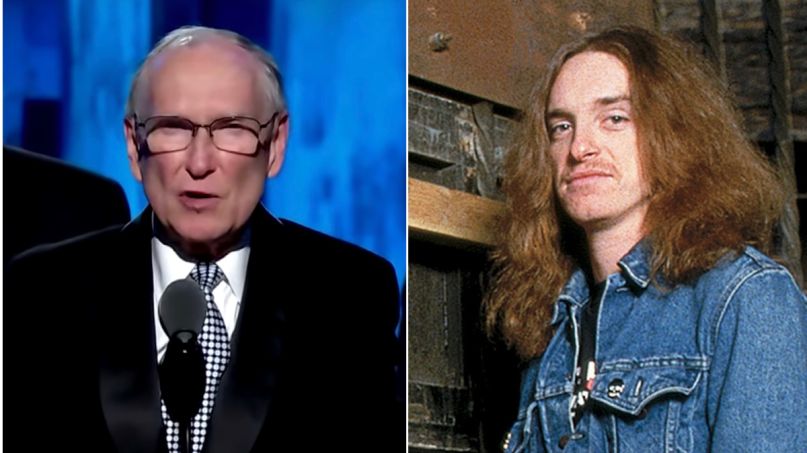 Ray Burton, the father of late Metallica bassist Cliff Burton, has passed away at the age of 94. Ray was a cherished member of the Metallica family, helping to preserve the legacy of his son throughout the years.

Ray’s death was announced by his daughter — and Cliff’s sister — Connie, who wrote on social media Sunday, “To let you all know that my Dad died last Wednesday. Rest in peace.”


Update: Ray Burton’s stepdaughter Casey has revealed that Ray passed away from pneumonia, plus each member of Metallica has paid tribute to the elder Burton. Full details here.

Ray used a portion of the royalties he received from Cliff’s work in Metallica to fund an annual music scholarship at Cliff’s high school. In a 2017 interview with Alphabetallica (via Blabbermouth), he said, “One of the things from the royalties that I get, I give a scholarship to the high school he went to, Castro Valley High School, for music. The kids who won it, they invariably write and thank me for. And I think Cliff probably would have done that with his money, because he was not against education by any means. He liked it very much.”

(Read: 33 Years After His Death, the Legend of Metallica’s Cliff Burton Lives On)

In a promotional video for the 2016 book Metallica: Back to the Front, drummer Lars Ulrich said, “Ray has weathered all of these experiences with a smile on his face, and whenever he walks into a room at a Metallica backstage or here at [the Metallica headquarters] or any other place that we’re fortunate enough to see him, he always has this incredible positive energy.”

Frontman James Hetfield added, “When I grow up, I wanna be Ray Burton. He is so inspiring. His energy, his love of life, it’s very attractive to me, ’cause I’m the other side of the battery most of the time. But he brings a smile to my face.”

Ray spoke on Cliff’s behalf when Metallica were inducted in the Rock & Roll Hall of Fame in 2009. Just three weeks ago, Ray posted a video holiday greeting on Instagram, standing in front of a Christmas tree, and holding up the book The ABCs of Metallica. That video, as well as his Rock Hall induction speech, can be seen below.