R.I.P. Buck Henry, writer of The Graduate and co-creator of Get Smart dead at 89

He also acted alongside John Belushi in SNL's "Samurai" sketches 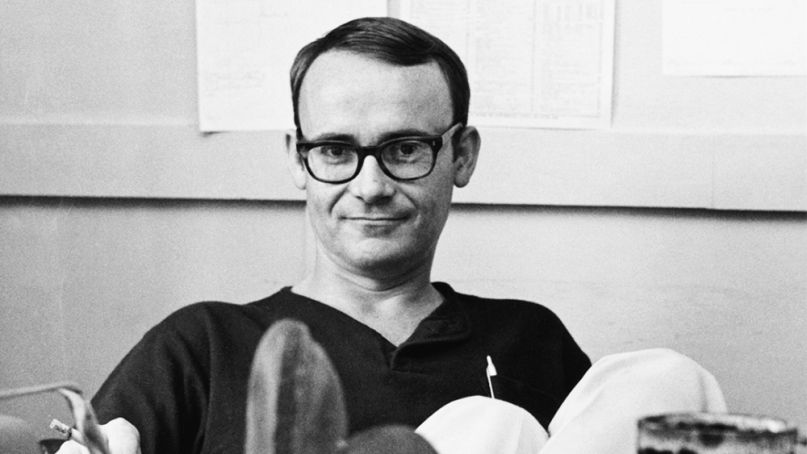 Buck Henry, the Oscar-nominated writer behind The Graduate and co-creator of Get Smart alongside Mel Brooks, has died. According to Variety, Henry passed away Wednesday in Los Angeles after suffering a heart attack. He was 89 years old.

After writing for a number of TV series in the early ’60s, Henry broke out with his work adapting books into movies. His most iconic may be his Academy Award-nominated screenplay for 1967’s The Graduate, and he also wrote 1970’s Catch-22 and 1995’s To Die For. Most recently, he co-scripted an adaptation of Philip Roth’s novel The Humbling, which starred Al Pacino and Greta Gerwig, in 2015.

“I can write in anybody’s voice, which is why I am most successful adapting books and plays,” Henry told an interviewer in 2009.

As a screenwriter, Henry had a talent for adding his own material to his adaptations. One of his most memorable lines appears in The Graduate when a middle-aged business man offers Dustin Hoffman’s Benjamin Braddock some advice for his future: “I just want to say one word to you — plastics.”

Henry’s work extended beyond the page, too. He earned an Emmy in 1965 for That Was the Week That Was, a news satire TV show retroactively considered the precursor to The Daily Show. That same year, he co-created the TV series Get Smart with Mel Brooks, earning him another Emmy. Later, in 1978, he and Warren Beatty were nominated for Best Director at the Academy Awards for co-directing the film Heaven Can Wait.

Despite all of these accomplishments, most people may know Henry best for his work on Saturday Night Live. Though never officially a cast member, he hosted the show 10 times between 1976 to 1980. His most famous appearances were in the recurring “Samurai” sketches alongside John Belushi. While Belushi gabbed in made-up Japanese, Henry’s straight man character, Mr. Dantley, would nod along as if he understood the fake language.

Henry had plenty of other work in front of the camera, as well. He had roles in 1971’s Taking Off, 1976’s The Man Who Fell to Earth, 1982’s Eating Raoul, and 1992’s The Player, during which he pitched a fake sequel to The Graduate. He also frequently appeared in TV shows like 30 Rock (as Liz Lemon’s father) and Hot in Cleveland (as Betty White’s boyfriend).

In honor of Henry Buck’s legacy, revisit some of his career highlights below.