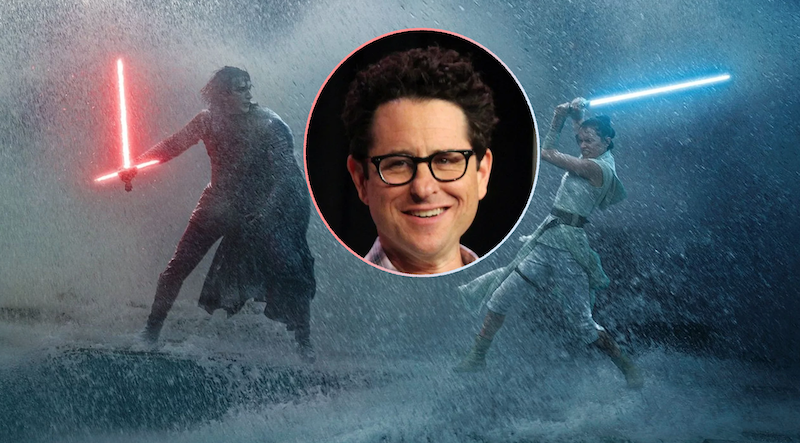 The term “fan-service” has become increasingly tangled as fanbases have grown more difficult to please. Look no further than the divisive reception to Star Wars: The Rise of Skywalker, with some saying it did too much to meet fan expectations and others saying it didn’t go far enough. That split decision amongst diehards has likely fueled a rumors fire that Disney wrested creative control of the movie from director J.J. Abrams to deliver a less satisfying cut of TROS. In fact, things have gotten so heated online that the #ReleaseTheJJCut social media campaign is picking up steam.

Rumors that Disney meddled with the final entry in the Skywalker Saga stem from an unsubstantiated, anonymous second-hand source relayed on a Reddit community specifically for those “critical of the recent new Star Wars revival from Disney.” Of course, chatter like this should always be taken with a grain of salt, but the context here gives it even more salinity than usual. Still, fans are grabbing on to many of the details in user egoshoppe’s post, and it’s not like some of the Star Wars team haven’t hinted that things were changed in post.

At the base of everything is the supposed agenda of Disney execs. The studio was part of an industry-wide bidding war for an overall deal with Abrams’ Bad Robot, which recently ended its relationship with Paramount. According to this unknown source, Disney didn’t really care about Bad Robot in general so much as Abrams himself. Warner Bros. was the studio’s top challenger in the deal race, and Disney viewed WB’s DC Extended Universe as the main competition for the Marvel Cinematic Universe and Star Wars. Disney’s higher-ups didn’t want to see Abrams — known for revitalizing flailing properties like Star Trek, Mission Impossible, and yes, Star Wars — bringing his talents to the opposition.

WB did eventually win the Bad Robot deal, signing a reported $250 million partnership deal with Abrams. This put the filmmaker in Disney’s bad graces, and execs apparently decided to tank Abrams’ stock in retaliation. While it seems absurd they’d backhand an entire fanbase and mess up a massive cash cow to do so, the story goes they chose The Rise of Skywalker as their battleground.

As detailed in the Reddit post, Disney completely shut down Abrams’ creative direction on TROS. Spoilers ahead.

Abrams’ preferred cut supposedly ran for three hours (the theatrical cut is 2:37). It included things like more of Kelly Marie Tran’s Rose Tico (who already has the #RoseTicoDeservedBetter movement) and John Boyega’s Finn being Force sensitive, in addition to numerous scenes and emotional arcs. It also reputedly didn’t include that final kiss between between Rey (Daisy Ridley) and Kylo Ren (Adam Driver). According to the unconfirmed source, the romance Abrams actually wanted to focus on was between Finn and Oscar Isaac’s Poe Dameron — a homosexual relationship Disney allegedly shot down.

Even details like the jetpack Stormtroppers were apparently shoehorned into the movie for merchandising reasons. (As Boyega himself pointed out, the Empire has had flying soldiers since The Clone Wars, so “They fly now!” makes little sense.) On the other side of the meddling spectrum, the source claims Disney cut out a final scene featuring past Force users — Hayden Christensen as Anakin Skywalker, Ewan McGregor as Obi-Wan Kenobi, Samuel L. Jackson as Mace Windu — appearing before Rey instead of just in voiceover. The Force ghost cameos were purportedly axed to appease China’s censorship guidelines about the use of supernatural elements. If that’s true, it was a futile move, as The Rise of Skywalker flopped at the Chinese box office anyway.

(Read: Ranking: Every Star Wars Movie and Series from Worst to Best)

As of now, it’s impossible to prove if any of this is true or if a JJ Cut really does exist. Regardless, the rise of #ReleaseTheJJCut is indicative of the rabidity of fans who feel ownership over franchises like this and eagerly seek scapegoats when movies don’t live up to expectations. As pointed out by BuzzFeed Senior Reporter Ryan Broderick, who highlighted the potential misinformation pattern on Twitter, “The leaks and the ‘planted leaks’ have all become just part of the normal fan discourse. It’s like one meta level up from even QAnon.”

Here's what I've been told from a source that worked on TROS. from r/saltierthancrait

The #releasethejjcut stuff is such a mess.

A Star Wars subreddit has a huge post this morning up outlining instances of major studio interference between JJ Abrams TROS cut and the final version.