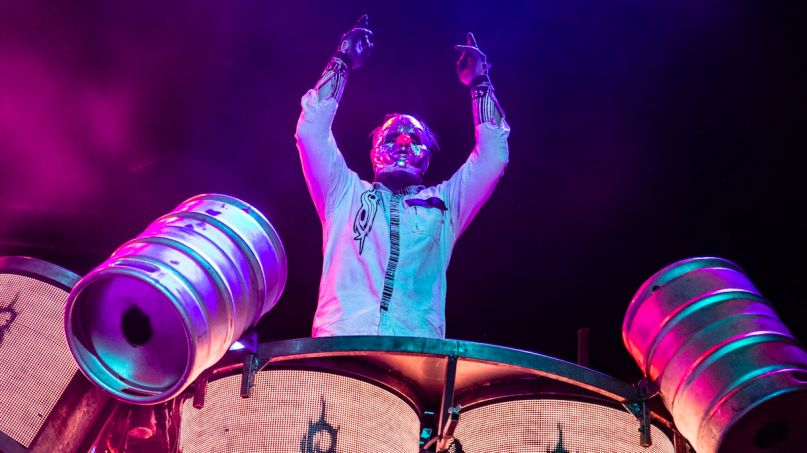 After teasing fans on Monday with some short, mysterious videos posted on social media, the masked men of Slipknot have released a 20-minute, surrealistic film called Pollution, directed by percussionist Shawn “Clown” Crahan.

The clip centers around Slipknot’s music video for “Nero Forte”, which features the band rocking hard in a bright, technicolor setting. The video ends with a person appearing to crawl out of a membrane or their own skin with a title card reading, “The Beginning.”


“Nero Forte” appears on Slipknot’s latest studio album, 2019’s We Are Not Your Kind., which was named one of Heavy Consequence’s Top 30 Metal and Hard Rock Albums of 2019.

“I set out to make a short film that makes you question your own existence, here in this reality,” Crahan said in a statement. “When you lay down in your bed, next to the one you love, do you ever ask yourself: Is it possible that this person could slit my throat while I’m sleeping? Enjoy. Pollution is everywhere.”

Slipknot are currently in Europe for a headlining arena tour with special guests Behemoth that kicks off tonight (January 14th) in Dublin, Ireland, and runs through a February 24th date in Helsinki, Finland. Next, the band will headline Knotfest Japan in March, followed by a slew of music festivals around the world, including Sonic Temple in Columbus, Ohio, in May. Pick up tickets to Slipknot’s upcoming shows here.

Watch the short film “Pollution” in the player below.