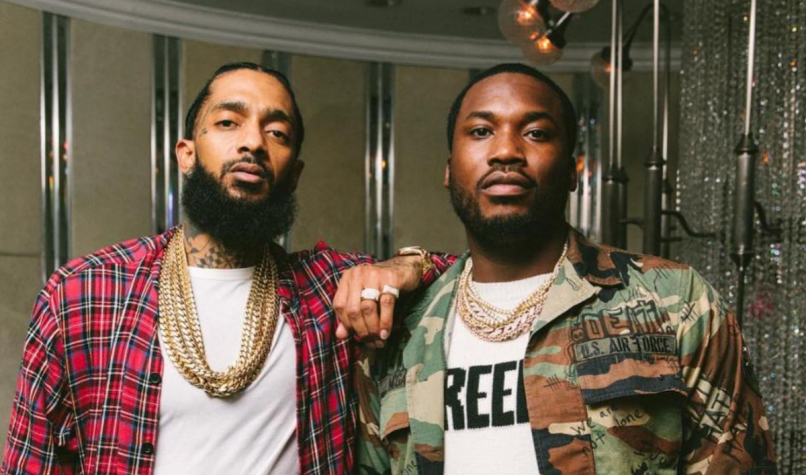 The Grammys held a moving tribute to Nipsey Hussle on Sunday. The star-studded performance featured what appeared to be personal dedications from Meek Mill and Roddy Ricch. Now, it’s been revealed that those dedications are actually part of a new single.

Aptly titled “Letter to Nipsey”, it finds Meek and Roddy both celebrating and mourning the memory of their beloved friend and colleague. “And I ain’t finna sit here and act like I’m your main homie/ But when we lost you it really put some pain on me,” Meek raps early on. “Got me scared to go outside without that thing on me/ And when them n*ggas went against me, you ain’t change on me.”

“I wish I knew when the storm came/ How many tears did you cry when you lost someone?” Roddy lamented during the song’s chorus. There’s also a line referencing Barack Obama’s own letter to Hussle.

Stream the full thing below. All proceeds from the track will go to the late rapper’s family.

Letter to nip- every cent from this song made will go to Nipsey’s family!

The heart of last night’s Grammys tribute came in the form of an uplifting rendition of “Higher” featuring John Legend, DJ Khaled, Kirk Franklin, YG, and more. A collaboration between DJ Khaled, Legend, and Hussle, it was released back in 2019 prior to Hussle’s untimely death. Hussle was also honored posthumously with Grammys for Best Rap Song (“Racks in the Middle”) and Best Rap/Sung Performance (“Higher”).

Meek’s last proper album, Championships, dropped in 2018, but he’s since teamed up with Post Malone.