The 7-inch comes in support of Australian bushfire rescue efforts 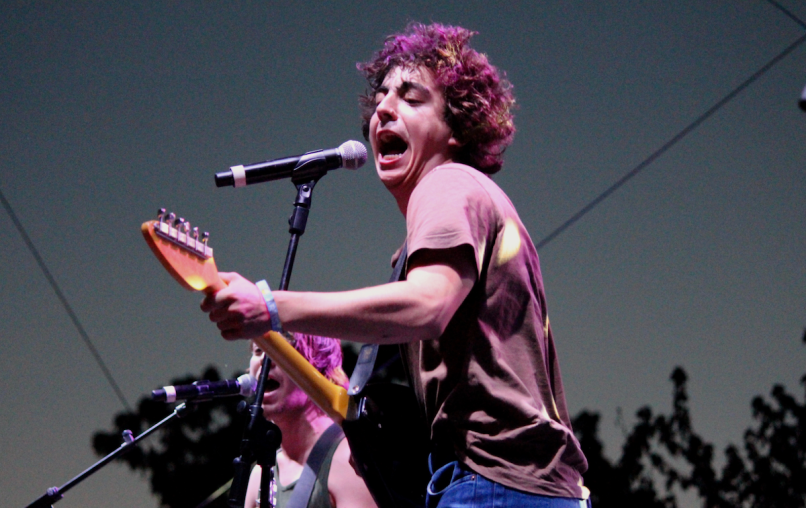 According to vocalist/guitarist Clay Frankel, “St. Vulgar St” is “inspired by the Martin Bell movie Streetwise.” The second offering, “Cawfee”, is a more reflective tune perked up with glowing keyboard bits.


The two songs were recorded at Treehouse Records in Chicago with Andrew Humphrey, and each comes with its own unique lyric video starring James Swanberg of local outfit The Lemons. Twin Peaks frontman Cadien Lake James discussed the clips in a statement, saying,

“The accompanying lyric videos were a rather last minute idea meant to answer the question ‘is there any way for a lyric video to not be dumb?’ Lyric videos are funny because they ride this weird line where if it’s too simple, say text on a screen, it’s boring, but it’s not meant to be too nice — the stakes are meant to be lower. Our friend James Swanberg is an incredible performer and a scene figure, and it occurred to us it might be funny to have him try to karaoke the songs without really knowing them. He did great!”

Check them both out below.

Pre-order the 7-inch double single on the band’s official webstore. Twin Peaks put out their last proper album, Lookout Low, last summer. They’ll continue to tour support of it later this winter, and you can purchase your tickets here. In recent months, the Chicago group contributed to a Wilco tribute LP.