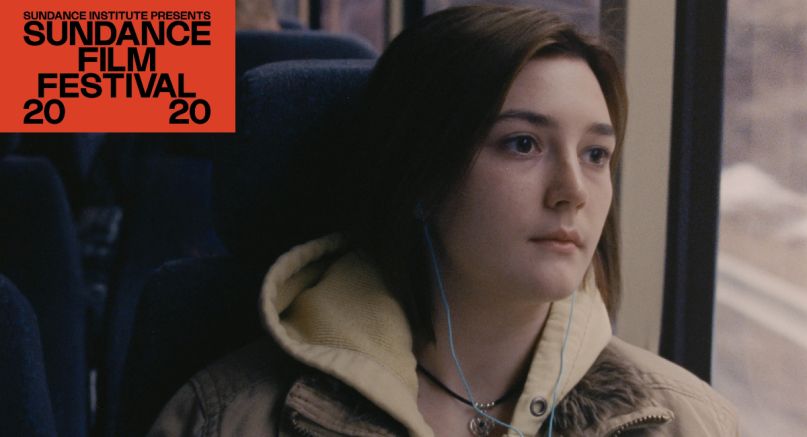 The Pitch: When we first meet 17-year-old Pittsburgh teen Autumn (Sidney Flanigan), she’s singing in a high school talent show. She has a golden voice but is stymied by a dude heckling her in the bleachers. “Slut!” he calls her. Once we see how other boys torment her, her downcast, withdrawn attitude, and the slight bump on her stomach, we get a good idea of what’s going on even before she goes into a clinic: she’s pregnant. What’s more, she doesn’t want it.

Her local resources are of no help: the Pittsburgh clinic she goes to turns out to be one of those Christian pregnancy centers that scare women into not aborting (and even lie to her about her baby’s progress so getting an abortion will be harder), and the state requires parental consent for an abortion. So, with the help of her supportive cousin Skylar (Talia Ryder) and some stolen money from their scuzzy manager, the two take a long trip to New York to get the abortion there.

Right to Life: 2017’s Beach Rats proved director Eliza Hittman’s uncanny gift for observation, both it and Never Rarely feeling more anthropological than strictly narrative. There, Hittman probed deeply into the anxieties of a gay teenager stifling against the rigid confines of toxic masculinity: here, she turns her eye to the modern anxieties of abortion in America. It’s pure kitchen-sink realism from start to finish; the score is sparse, if it’s there at all, and DP Hélène Louvart sells the fluorescent coldness of doctor’s offices and crowded Greyhound buses. She wants you to live in Autumn’s anguished, nerve-wracking world, and the results are revelatory.

It helps, of course, that Hittman has such a fascinating, mercurial subject to turn her camera towards. This is somehow Flanigan’s first on-screen role, which is a miracle considering what she pulls off here. She’s cagey and far from forthcoming, even in the abortion clinic questionnaires that give the film its title. “I’m okay” is her mantra, squeaked out from under downcast eyes; her life is clearly a heavy burden, one marked with the scars of emotional and sexual abuse. That we can figure this out even before it comes up in the script is a testament to the power she and HIttman can eke out without an inch of melodrama. Ryder also shines, beaming with unconditional sisterly support, even as there are certain aspects of Autumn’s experiences she can’t fully understand.

Are Men Okay? Never Rarely Sometimes Always is also a film about maleness — in the most grippingly caustic way possible. There isn’t a single “good man” in the film: her father (Ryan Eggold) is a crass, uncaring jerk (he even calls his dog a ‘slut’), and her manager forces his female coworkers to let him kiss their hand when they hand him their drawers at the end of their shift. A pushy fellow bus passenger (Théodore Pellerin) ropes them into hanging out in New York so he can push himself on Skylar, which they reluctantly agree to in a moment of desperation.

To a more jaundiced eye, this can seem cartoonish and unrealistic: surely #NotAllMen are like that, right? But then you remember that, a lot of times, we really can be, and Hittman’s refusal to let us off the hook becomes one of the film’s braver choices. Never Rarely is, at its heart, a film about the prison of patriarchy, whether in interactions or institutions, and Hittman nails the threat level women often feel when in situations with men, especially ones they don’t know.

The Verdict: It’s easy for opponents of abortion to demonize young women as “sluts”, or irresponsible, or lazy; those perspectives end up de-centering and dehumanizing the pregnant person themselves. Never Rarely is a sobering, unflinching rejoinder to that perspective, intense but humanistic in equal measure. It’s not an easy watch, to be sure; moments will make you weep, especially two close shots of women holding hands that bookend Autumn’s abortion experience. But the glory of Hittman’s film is in finding those moments of beauty among the brutal silences, and the magnetic grace that can be found in a person’s most difficult days.