System of a Down, Faith No More, Korn, and Helmet are teasing something big together [Updated]

All four bands shared the same image on their social pages, with the caption "Monday" 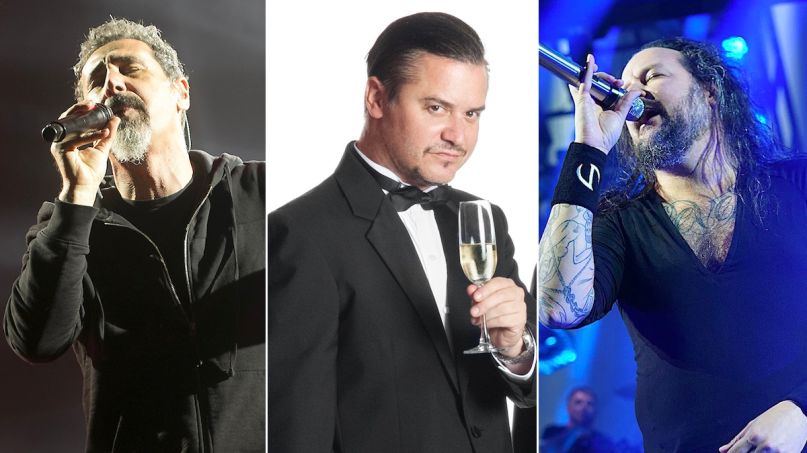 System of a Down, photo by Raymond Ahner / Faith No More / Korn, photo by Jon Hadusek

Sweet lord! System of a Down, Faith No More, Korn, and Helmet are all teasing something together on their social pages. Whatever it is, we’ll find out on Monday.

Update: System of a Down, Faith No More, Korn, Helmet, and Russian Circles have announced a one-off concert taking place in Los Angeles on May 22nd.

Each band shared the same image of an astronaut floating in space via social media on Friday (January 31st), with the caption “Monday.”

Could it be a joint North American tour? Faith No More have announced a string of 2020 European dates — their first shows in four years — but none in North America yet. System of a Down, despite not having released a new album in 14-plus years, are also playing a number of European shows this year, with none scheduled stateside thus far.

Korn are currently on a winter North American tour with Breaking Benjamin, and will also be hitting the European festival circuit in June and July. And Helmet embarked on a 30th anniversary tour last year.

If it is a tour, it certainly would be one of the biggest rock outings of the year. Or perhaps it’s a one-off concert or a festival where they’re all playing?

As for new music, Faith No More keyboardist-guitarist Roddy Bottum recently told Kerrang! that the band has no plans to record a new album, despite the 2020 tour dates. System of a Down remain at a standstill, with creative differences between Serj Tankian and Daron Malakian preventing the band from recording their first album since 2005.

Korn, on the other hand, just released an acclaimed new album, The Nothing, in September. Helmet, meanwhile, last released a new album in 2016, and are reportedly working on new music.

A post shared by System Of A Down (@systemofadown)