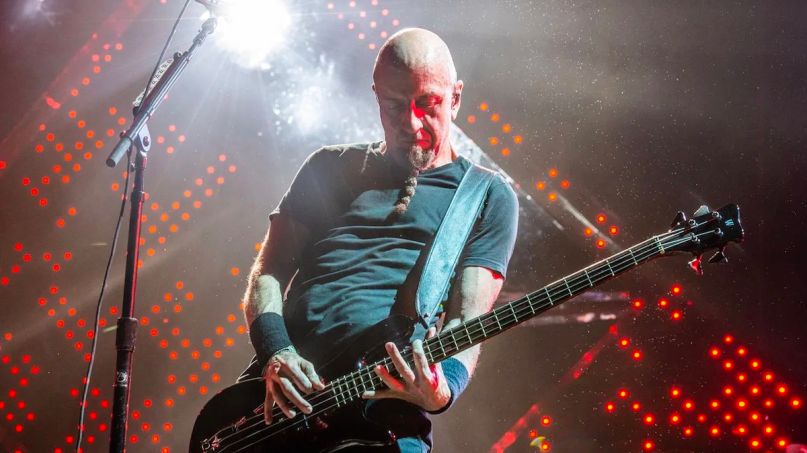 As the years go by with no new music from System of a Down, bassist Shavo Odadjian is taking matters into his own hands by forming the new band North Kingsley.

Odadjian, who has been outspoken about his frustration over System of a Down’s lack of musical production, announced on his Instagram over the weekend that he had a new band. “I am proud to announce my new project @northkingsley. Music coming soon!!!”

The bassist, who has his own cannabis company 22 Red, talked further about the music project in a recent interview with Marijuana Retail Report. He explained the band name North Kingsley, saying, “When I moved from Armenia to LA, I moved to North Kingsley drive. That was my street, that’s where I grew up and I saw everything there.”

He added, “I started skateboarding there. I witnessed homelessness, the poor, you know, I noticed gangs. I learned about friendship. I saw sex there — there were prostitutes. I grew up there, so it means a lot to me. So when I say that name, that’s my growth, how I became who I am, you know?”

Odadjian actually alluded to the new band when Heavy Consequence interviewed him more than a year ago. “I’m actually working on one main project right now,” he told us in December 2018. “The way it happened is that I got together with these two guys, really cool young guys in their late 20s, early 30s … It’s bass-driven hip-hop, but I can’t really explain it.”

During that same conversation, Odadjian expressed his frustration at System not putting out an album since 2005, “It’s weird that we don’t have a new record, or many records,” he told us. “We have [new] material that tops everything we’ve done. And that’s me telling you, honestly. I can’t wait to record that and drop it.”

For now, it doesn’t look likely that System of a Down will hit the studio anytime soon. However, they do have a run of 2020 European dates scheduled for June and July.