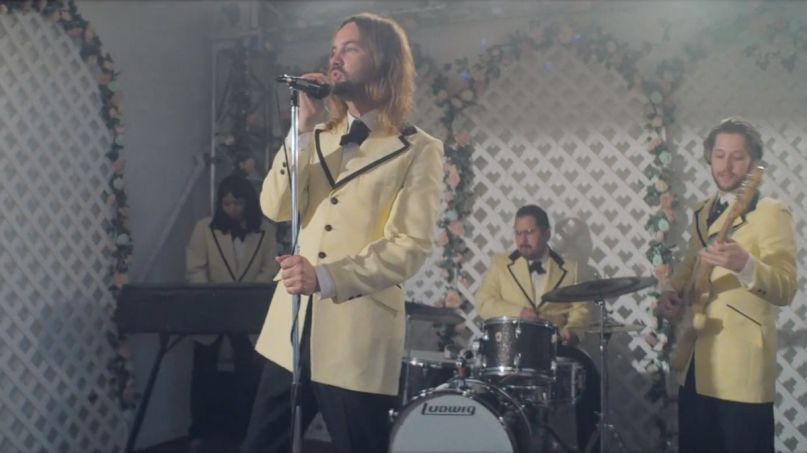 As fans patiently await the arrival of Tame Impala’s new album ,The Slow Rush, they’ve had a handful of singles to hold them over. Now, one of those tracks, “Lost in Yesterday”, has been given accompanying visuals. In addition to sharing the music video, the psych-rockers have added a few new tour dates.

Directed by duo Terri Timely, the new clip finds frontman Kevin Parker heading up a wedding band. As he sings along, the scene around him continues to flip through time, taking on a happier veneer (and new fashion trends) with each pass. According to a press release, the video “plays on the theme that even the most disdainful times can take on a rosy tinge the further they recede in the rearview.”

Watch the music video for “Lost in Yesterday” ahead.

Following the album’s release on February 14th, Tame Impala will launch an extensive tour in March, with stops across the US planned for the proceeding months. Additionally, the band has scheduled a handful of new dates in Australia alongside Khruangbin. $300,000 (AUS) of proceeds from the dates will benefit the Australian Bushfire Relief. Check out the full itinerary below, and grab your tickets for any of the stops here.