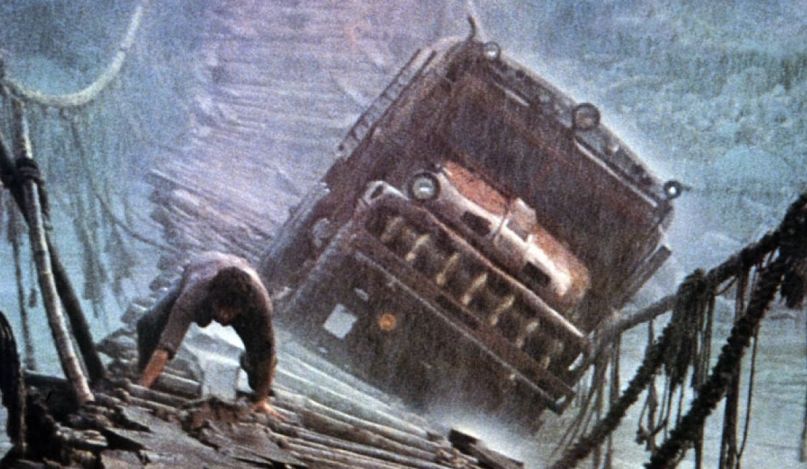 Tangerine Dream‘s debut film score for William Friedkin’s Sorcerer is getting the Waxwork treatment. One of the more daring thrillers in the filmmaker’s acclaimed oeuvre, the 1977 epic thrives from the German outfit’s lush electronic tapestries.

As they’re wont to do, Waxwork has remastered the original source audio and pressed it to colorful “Rainforest” green and black 180 gram vinyl. Even better, they got Friedkin to write exclusive liner notes and wrapped it all up in original artwork by Tony Stella.

“They played for three hours to a mesmerized audience,” Friedkin writes of the outfit, “completely in the dark, their only illumination coming from the little lights on their electric instruments. There were only three members of the band, but the sound they produced was orchestral. They didn’t play songs, just long stretches of rhythmic chords that felt like musical spheres.”

A commercial flop upon its release, Sorcerer has since become a cult classic among film scholars. Starring the late Roy Scheider, the film follows four outcasts in a South American village who are tasked to transport aged dynamite amidst harsh conditions. It’s a viciously anxious film that’s fueled by some of the most influential sounds ever married to film.

Grab the soundtrack now, consult its artwork below, and revisit the trailer shortly after.