Relive the history of The Band in first trailer for Once Were Brothers documentary: Watch 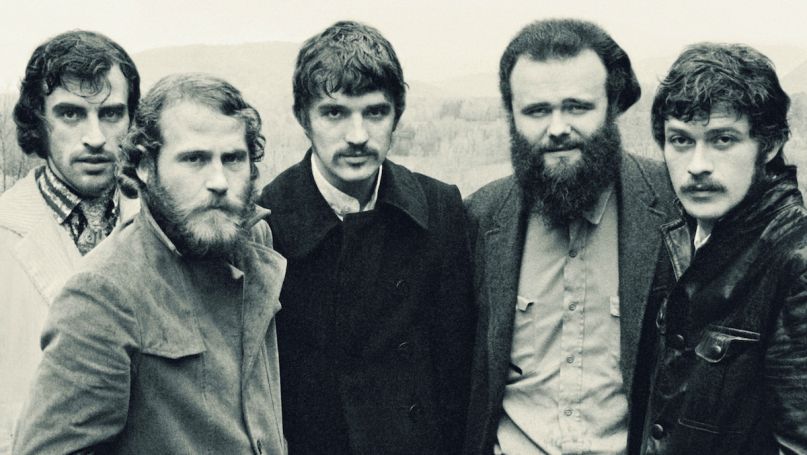 Once Were Brothers: Robbie Robertson and The Band

Next month sees the release of the new documentary Once Were Brothers: Robbie Robertson and The Band. Ahead of the film’s February 21st debut in select theaters, the first trailer has debuted via The Howard Stern Show.

Executive produced by Martin Scorsese, Ron Howard, and Brian Grazer, Once Were Brothers tells the legendary story of The Band from the perspective of a man who actually lived it: guitarist/songwriter Robbie Robertson. The doc tracks the iconic Rock and Roll Hall of Famers’ story from Canada to the Mississippi Delta, through their work with Bob Dylan, straight to the historic farewell concert The Last Waltz. Along the way, there are interviews with the likes of Bruce Springsteen, Eric Clapton, Taj Mahal, and Scorsese himself.

As Springsteen says with reverence in the trailer, “There is no band that emphasizes becoming greater than the sum of their parts than The Band. Simply their name — The Band — that was it.”

(Read: 10 Classic Live Albums Every Music Fan Should Own on Vinyl)

Check out the Once Were Brothers trailer below. The doc follows months of commemoration for the 50th anniversary of The Band’s iconic self-titled album. Robertson first put together “The Last Waltz Tour” with Warren Haynes and Don Was, which was then followed by the massive The Band 50th Anniversary Edition box set. The Last Waltz was also recently added to the National Film Registry.

Robertson spoke on Kyle Meredith With… about Once Were Brothers back in the fall, and you can revisit that episode below.