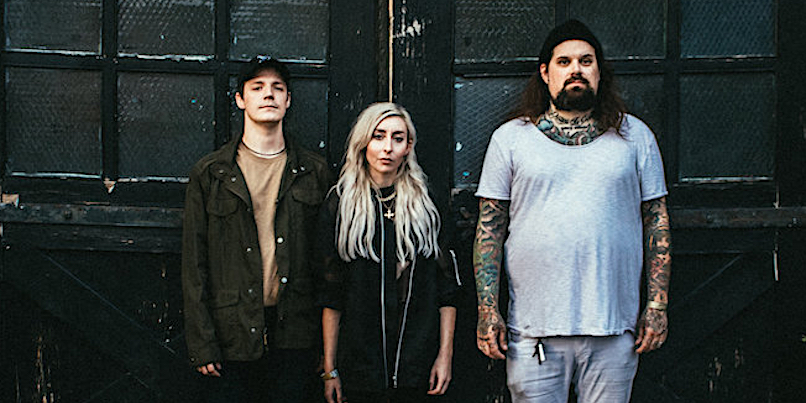 As some of the most visible members of the experimental heavy music scene with their respective projects, “Kingscorpse” is a fitting cross-section of each member’s musical imagination and sound design. Glitchy electro-industrial beats are covered in layers of Hayter’s operatic vocals, with Walker’s harsh screams buried beneath ambient textures that pulse and fluctuate throughout the mix.

The collaboration is only fitting, as the trio have worked together on past projects. The Body and Full of Hell teamed up for two albums in 2016 and 2017, and Buford and Walker both appeared on Lingua Ignota’s 2019 album, Caligula, with its highlight track “Day of Tears and Mourning” being the precursor to Sightless Pit, as it featured all three members. Lingua Ignota and Full of Hell will also perform collaborative sets as “Artists in Residence” at the Roadburn 2020 festival.

“So proud to be friends with talented people like @lingua_ignota and the body,” Walker posted on his Instagram last year after their sets at Basilica Soundscape. “Kristin’s set was one of the most powerful performances I’ve ever seen in my life. She deserves everyone’s attention. The body has been one of my favorite bands for many years and it says something that even after seeing them hundreds of times they still give me chills. Can’t wait for @roadburnfest.”

Grave of a Dog arrives on February 21st. Listen to “Kingscorpse” and see the artwork and tracklist below. Pre-orders are available via Thrill Jockey.

Grave of a Dog Artwork: