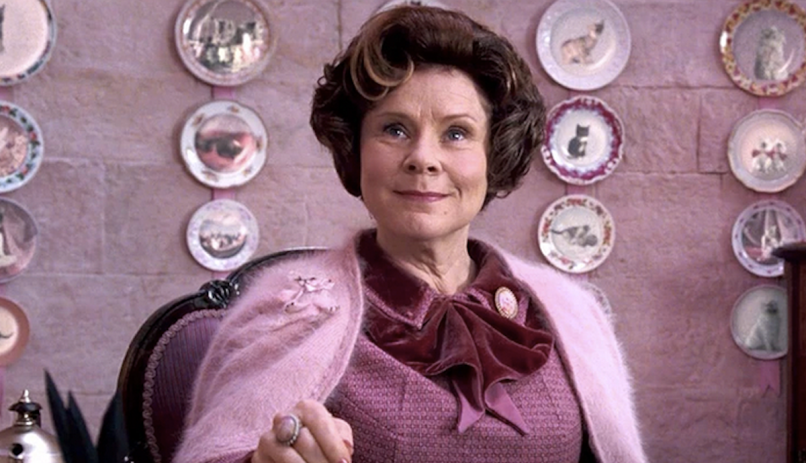 Imelda Staunton in Harry Potter and the Order of the Phoenix

Netflix’s The Crown will end after its fifth season, with Imelda Staunton taking over the role of Queen Elizabeth. Staunton is best known for playing Dolores Umbridge in the Harry Potter franchise, voicing Aunt Lucy in Paddington and Paddington 2, and for her Oscar-nominated performance in Vera Drake.

As Variety reports, creator Peter Morgan had originally conceived The Crown with a six-season arc. But once the historical epic became an international hit, there was speculation that the The Crown could go on much longer, taking its time with Princess Diana and eventually including the likes of Kate Middleton and Meghan Markle. According to Morgan, though, his tale is coming to an end.

“Now that we have begun work on the stories for season five it has become clear to me that this is the perfect time and place to stop. I’m grateful to Netflix and Sony for supporting me in this decision.”

Morgan has not elaborated on what those concluding stories might be. We do know that season four, which is currently in production, will take place at least partially during the premiership of Margaret Thatcher (1979-90), and introduce the character of Princess Diana.

Those speculating about the final season might note that in Imelda Staunton, Morgan has cast an actor almost twenty years older than his current Queen, Olivia Coleman. If Morgan envisions a time jump of 10-20 years, then Diana’s death in 1997 and the invasion of Iraq would seem to fit the bill.

In the meantime, Olivia Coleman isn’t quite ready to relinquish the throne. After taking over the role from Claire Foy last year, she won a Golden Globe for her work in season three, and will return as Her Royal Highness in the upcoming season four.