Horror and X-Men meet in trailer for long-delayed The New Mutants: Watch 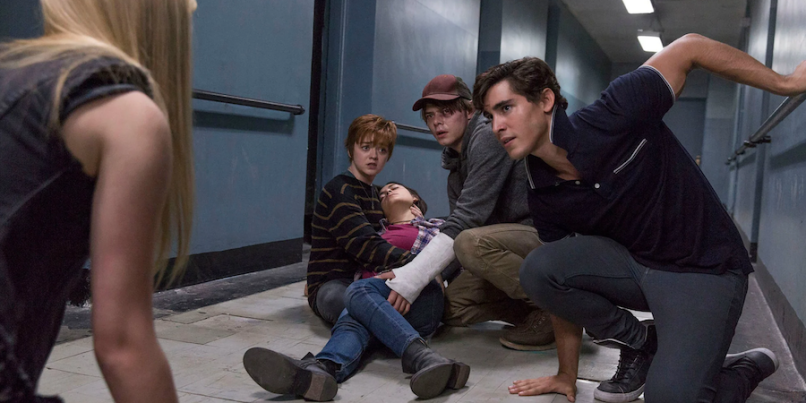 After three years, we finally have a new trailer for Josh Boone’s X-Men horror film The New Mutants.

We haven’t heard anything solid about the scary superhero project since last decade. Following a trailer in 2017, numerous delays and a change in companies sparked rumors that the movie may never actually be released, or be shuttled over to streaming services. There was constant chatter about reshoots, with some suggesting Simon Kinberg (Dark Phoenix) had been brought in to completely rework the plot. Thankfully, new owners Marvel/Disney saw the value in Boone’s original vision, and it’s finally on full display in the new preview.

The trailer centers on Blu Hunt as Danielle Moonstar/Mirage, a powerful psychic who’s psionic abilities cause a terrible disaster. She wakes up in a hospital where she meets her fellow New Mutants: Maisie Williams as Rahne Sinclair/Wolfsbane, Anya Taylor-Joy as Illyana Rasputin/Magik, Charlie Heaton as Sam Guthrie/Cannonball, and Henry Zaga as Robert da Costa/Sunspot. As she gets to know her new powers and fellow patients, they realize their doctor (Alice Braga as Cecilia Reyes) may not have their best interests in mind.

We’re given brief glimpses at each character’s powers (Magik’s in particular look impressive), as well as the film’s mega-villain, Demon Bear. We always knew this was meant to be unlike any mutant movie before it; if this truly is what Boone had in mind, those Fox execs should be ashamed for ever doubting it. Take a look at the trailer below.

It’s strange to think that this is the first X-Men film that will see release since Marvel regained ownership of the franchise via the Disney/20th Century Fox merger, but The New Mutants will scream into theaters on April 3rd.