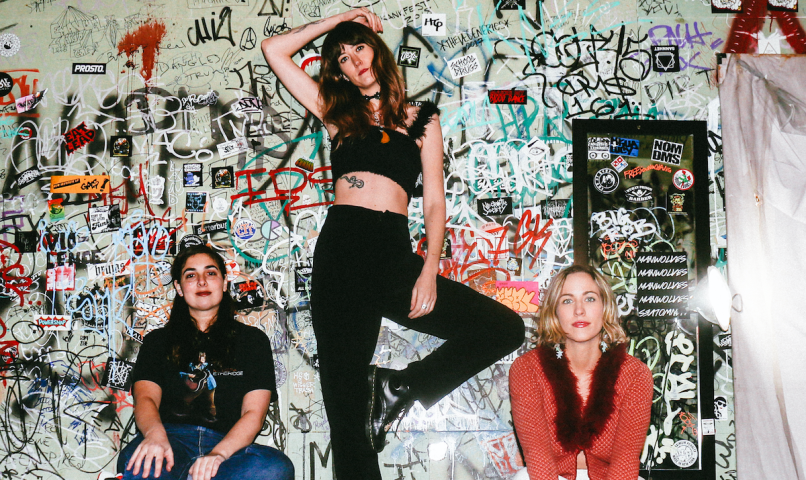 Brooklyn punk rockers THICK are prepping to unleash their debut album, 5 Years Behind. Spanning 11 tracks, the record is due out March 6th through Epitaph.

According to a statement, the new LP finds THICK wrestling with themes of hypocrisy, entitlement (especially among men), and the deterioration of human connection at the hands of social media. 5 Years Behind came together in their home borough at Studio G with help from producer/engineer Joel Hamilton (Iggy Pop).

As a first look at the album, THICK — Nikki Sisti, Kate Black, and Shari Page — are sharing the title track as the lead single. The offering radiates an intense, electric sense of anxiety, stemming from the feeling of never being enough.

“It’s about how we always feel five years behind in life, at least as far as the expectations of the world around us,” vocalist and guitarist Sisti remarked in a statement. “It’s something we’re constantly battling, but at the same time we know that there’s no real timeline — there’s no time limit for doing what we want to do.”

Below, check out “5 Years Behind” via its official video, directed by Miranda Kahn.

Pre-orders for the debut album have begun. THICK recently announced a hometown show at Rough Trade on January 15th.