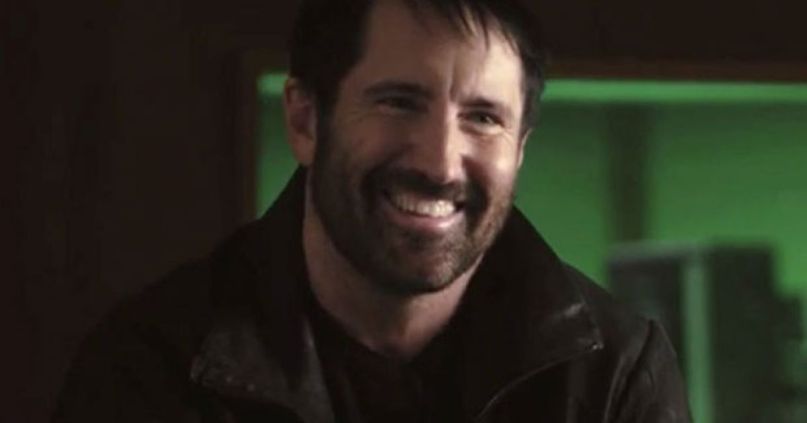 It was a day to remember for Nine Inch Nails frontman Trent Reznor. As he recounted in an interview Beats Radio 1’s Zane Lowe, he learned off Nine Inch Nails’ induction into the Rock and Roll Hall of Fame on the same day his wife, Mariqueen Maandig, gave birth to the couple’s fifth child.

“We got the sneak preview a couple of days ago, after being sworn to secrecy,” Reznor told Lowe. “So I came home from the hospital, having a baby, to have a letter I had to open at midnight, that was that news. It was the icing on the cake of a pretty intense day.”

Reznor admitted he was initially “freaked out” after learning the news. “When I look back at how Nine Inch Nails are received, it always seems like we fall between the cracks. I don’t know if it’s a defense mechanism, but I just assumed we’d stay in that category, so I’m pleasantly surprised to see us acknowledged,” he told Rolling Stone in a separate interview. “It feels pretty good… I’m allowing myself, for a limited period of time, to feel good about this,” Reznor added.

Reznor told Lowe that he is excited to be inducted alongside Depeche Mode, but also expressed disappointed over Kraftwerk’s exclusion. “I’m very happy to see Depeche get in there. Part of my struggle with the concept of Rock & Roll Hall of Fame is, what’s the barrier for entry? What’s the quantification of what deserves to be in there? I know everybody has their own opinions and that, but the fact it kind of becomes a competition where you’re up against these other guys, that’s the part that feels… No, I read like, Kraftwerk didn’t get in, and I’m like, ‘Look man, I voted for them.'”

Elsewhere during his interview with Lowe, Reznor doubled down on his past comments saying he plans to reactivate Nine Inch Nails later this year.