Tyler, the Creator on the Grammys’ “Urban” and “Rap” Categories: It’s “A Politically Correct Way to Say the N-word”

Though his IGOR won Best Rap Album, he called the nomination a "backhanded compliment" 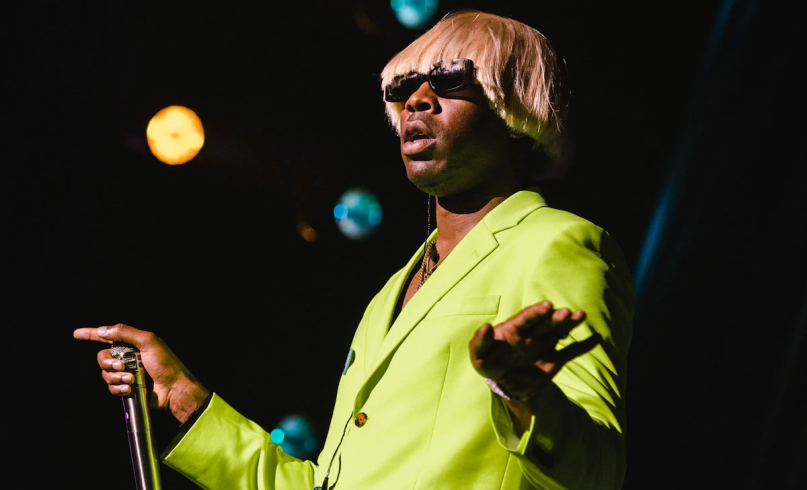 Tyler, the Creator threw down one of the more memorable Grammy performances on Sunday, his appearance lit up literally with explosive flames. The rapper’s fiery tone wasn’t just reserved for the stage, however. In the press room later on in the evening, Tyler blasted the awards show over its “Urban Contemporary” category, calling it a “politically correct way to say the n-word.”

Speaking to the media backstage, Tyler first acknowledged his Best Rap Album win for IGOR — his first-ever Grammy victory. But his reflections soon grew more serious, as he turned to the topic of category titles and their potentially racist undertones.

“I’m half and half on it,” the Odd Future MC said. “On the one side I am very grateful that what I made can be acknowledged in a world like this… but it sucks that whenever we — and I mean guys that look like me — do anything that’s genre-bending or anything, they always put it in a rap or urban category.”

Tyler continued, “And I don’t like that ‘urban’ word,” he added. “It’s just a politically correct way to say the n-word, to me. So when I hear that, I’m just like, why can’t we just be in pop? So I felt like — half of me feels like the rap nomination was a backhanded compliment.”

The “Earfquake” artist isn’t the first to question the validity of the “Urban Contemporary” category. In 2017, shortly after Beyoncé won the award for Lemonade, indie songwriter Sufjan Stevens similarly called out the Grammys over the confusing category. “WTF is ‘Urban Contemporary’?” he posed on his Tumblr, before answering: “It’s where the white man puts the incomparable pregnant black woman because he is so threatened by her talent, power, persuasion and potential.” An additional caption from Stevens read, “friendly reminder: don’t be racist.”

During the same Grammys 2017 ceremony, Adele beat Beyoncé in the Album of the Year category, leading younger sister Solange to admonish The Recording Academy for seemingly keeping black artists in specific categories, such as the “Urban” and “Rap” ones. “Create your own committees, build your own institutions, give your friends awards, award yourself, and be the gold you wanna hold, my Gs,” she encouraged her fellow black artists in a since-deleted tweet (via BBC).

And just Saturday, during a pre-Grammys Gala event, Diddy slammed the ceremony for its lack of diversity. “Black music has never been respected by the Grammys to the point that it should be… And that stops right now,” he said, adding, “You’ve got 365 days’ notice to get this shit together… It’s going to take all of us to get this done.”

“Urban Contemporary” was one of three new categories added to the Grammys ceremony in 2013. “This category is intended for artists whose music includes the more contemporary elements of R&B and may incorporate production elements found in urban pop, urban Euro-pop, urban rock, and urban alternative,” The Recording Academy stated when the category was first launched. Past winners include Frank Ocean (Channel Orange), Rihanna (Unapologetic), and most recently, Lizzo (Cuz I Love You).

Elsewhere in Tyler’s statement to reporters, he somberly talked about Kobe Bryant, the NBA legend who died suddenly earlier in the day in a helicopter crash in Los Angeles. “Man, that news was heavy, especially just being here in L.A. at the Staples Center and within a short period of time between him and Nipsey (Hussle),” commented Tyler. “If you’re from Los Angeles and depending what sector you’re in, that sh*t is really, really heavy.”