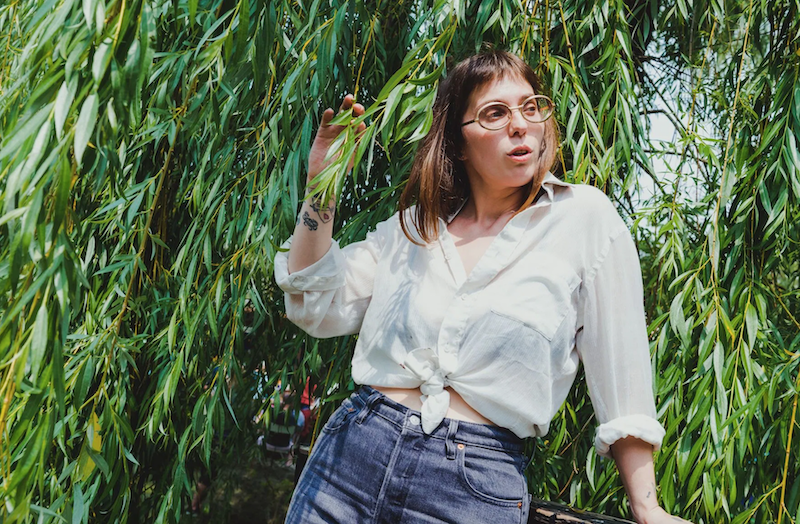 U.S. Girls have today announced a new album called Heavy Light, due out March 6th via 4AD. Along with word of the record comes the lead single, “Overtime”, and a long list of spring tour dates.

Heavy Light finds Remy leaving aside her penchant for character observations for a more introspective approach. As a press release puts it, “The songs are an inquest into the melancholy flavor of hindsight, both personal and cultural.” Fittingly, three of the LP’s 13 tracks are actually re-workings of previously released U.S. Girls songs: “Statehouse (It’s a Man’s World)”, “Red Ford Radio”, and “Overtime”. The latter has been revealed as the album’s lead single, and you can hear it below via its accompanying visuals.

U.S. Girls will support the record on a full 27-date North American spring tour. Following a trio of February underplays, the trek kicks off April 4th at Detroit’s MOCAD. Further stops include Chicago, Omaha, Denver, Vancouver, Portland, Houston, Brooklyn, and Memphis. Find the complete schedule below, and get tickets to all of U.S. Girls’ dates here.

Before checking out the Heavy Light artwork and tracklist, revisit U.S. Girls’ appearance on This Must Be the Gig last summer.