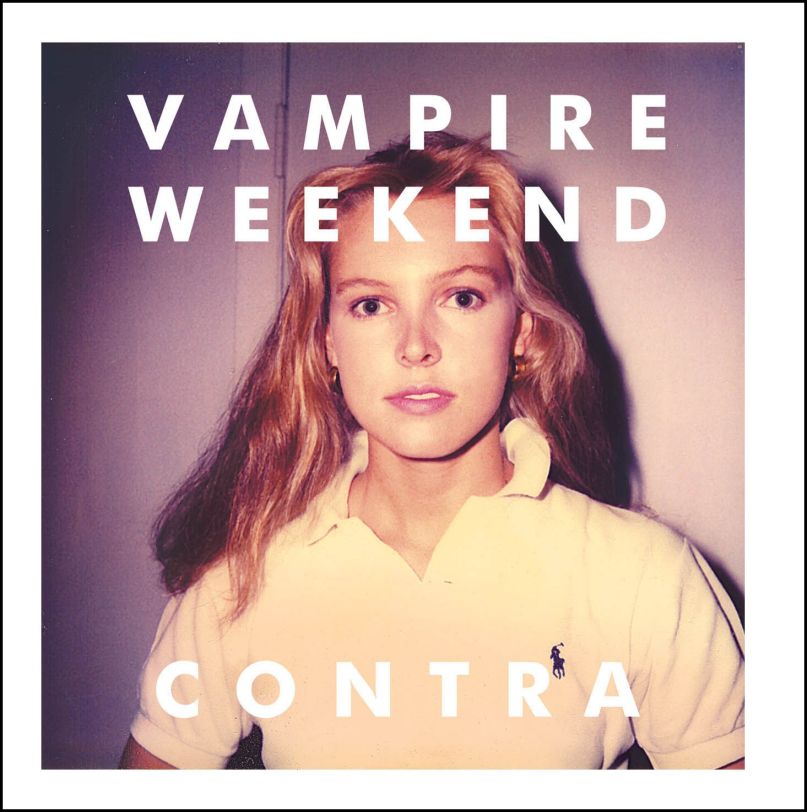 The late aughts foreshadowed a drastic, significant change in the indie rock landscape: an embrace of pop music. While most indie artists shied away from the perceived artificiality of synthesizers, other acts used them as tools at their creative disposal. Phoenix, a band nearly synonymous with late-aughts indie music, released their most popular and synth-heavy record at the time, the seminal Wolfgang Amadeus Phoenix. Yeah Yeah Yeahs, a NYC post-rock trio known for their artful tendencies and guitar noise experimentation, put out a dance record with a single that wouldn’t feel out of place if heard in a club. Passion Pit also came to the forefront with Manners, an album that blends chiptune and pop music that garnered plenty of alternative radio play. Although Vampire Weekend had already entered the scene with their 2008 self-titled debut, they nevertheless followed up with a more ambitious expansion on the initial ideas laid out on Vampire Weekend.

Contra, now 10 years old, borrows from its predecessor’s clever depictions of relationships and myriad other concepts but imbues them with more maturity and thematic coherence. While Vampire Weekend possesses a plug-in-and-play mentality, Contra flirts with digital effects, sampling, and drum machines. Ultimately, this is the record that cemented Vampire Weekend as an influential mainstay in indie rock. Although its follow-up, 2013’s Modern Vampires of the City, is frequently heralded as the then-quartet’s most culturally impactful album thus far, Contra is the thoughtful stepping stone that allows for a smooth transition from their guitar-oriented debut to the sprawling, heavily layered Modern Vampires.


Despite its transitional nature and penchant for electro-pop and dance music, Contra is, in a strange sense, a record rooted in opposition and subverted expectations. It’s no coincidence that the album’s title is a prefix defined as “against; opposite; contrasting.” One of these juxtapositions is how Contra distinguishes itself from the band’s debut through its electronic propensities. Whereas Vampire Weekend’s basis is surf rock and Paul-Simon-esque, clean guitar tones, Contra takes an approach founded in a concoction of African pop, Latin rhythms, and even ska, which originated in Jamaica and was later adopted by British working-class musicians. Because of both records’ use of international source material, Vampire Weekend have sometimes been ascribed the racially demeaning, homogenous “world music” label. But what makes this band so compelling is how they use various aspects of particular genres and time periods to craft something unique. Following this line of thought, Vampire Weekend contradict fans’ expectations on Contra by taking disparate elements and creating an unprecedented whole.

The prefix is also regularly deployed in several tracks’ lyrics. The end of the first verse of “California English” contains the lyrics “Contra Costa, Contra Mundum, contradict what I say,” showcasing vocalist-guitarist Ezra Koenig’s ability to extract a range of meanings from a single prefix. Contra Costa is a county in the San Francisco Bay Area, Contra Mundum is a phrase that refers to defiance and opposition, and the word “contradiction” is used to highlight another way in which opposition can be demonstrated. The record’s closing and partially titular track, “I Think Ur a Contra”, emphasizes a relationship in which two people feel characteristically at odds with each other. As Koenig said himself in an interview with NME about the song, “It’s a conversation between two people, and the way they’re using the word ‘contra’ is to say, ‘You’re the opposite of me.’” Contra, as indicated through its lyrics, is fundamentally about dualities, dichotomies, and conflict.

The album’s title is additionally a reference to the Nicaraguan Contras, a right-wing group that rebelled against the socialist Sandinista government mostly during the ‘80s. Within this reference there also lies an allusion to British punk luminaries The Clash, whose 1980 album is titled Sandinista!. A more lighthearted reference is to the iconic ‘80s NES video game Contra. These allusions to ‘80s cultural phenomena may also be interpreted as an homage to the LP’s synth-focused instrumentation. Video games, music, and politics aside, however, Contra’s obsession with the ‘80s is also reflected in its storied album artwork, the origins of which come from producer/multi-instrumentalist and former band member Rostam Batmanglij searching “New York City 1983” on Flickr.

In an interview with Pitchfork, something Koenig first noticed about the iconic image was the hesitation and ambiguity in the woman’s face. “Wrapped up in her expression is this question: ‘How is she feeling?’ Maybe she wasn’t even sure at the time,” Koenig said. The woman’s countenance belies any one emotion, making it coherent with Contra’s motifs of contrast and even impressionism. Although the photograph is accredited to Tod Brody, both the band and XL Recordings became involved with a lawsuit. The photo’s subject, former model Ann Kirsten Kennis, sued them for $2 million for using the photo without her permission. Kennis’ lawyer said the Polaroid photo was taken by Kennis’ mother and was in her possession for 26 years. However, Kennis later settled with Vampire Weekend and their former label for an undisclosed amount, lending some closure to the ongoing controversy.

In an article from MTV News, Koenig stated that the reason for the choice of this photograph as the album’s artwork was because it appeared as if it “inhabited the same world” as their debut’s artwork. The cover for Vampire Weekend may be from 2006, but they both have a certain quality that’s reminiscent of the past. Both covers occupy a place that feels distant, but Contra is futuristic in what it foretold of indie music to come. Synthesizers are ubiquitous in indie music, and indie pop has become a remarkably prominent genre. This is largely in thanks to Batmanglij’s production, with which he took much greater liberty in terms of instrumentation. Though Batmanglij also produced the band’s first record, his work on Contra embraces a more all-encompassing perspective.

The fact that Batmanglij has gone on to work with artists such as Carly Rae Jepsen, Clairo, Solange, and Frank Ocean speaks to his talent as a composer and musician. Contra marks a particular moment where his artistry began to flourish and truly display itself. That’s not to say that his production on Vampire Weekend was unimpressive, but Contra contains some of his most creative moments. “Diplomat’s Son”, one of the band’s best songs, incorporates Latin grooves, an M.I.A. sample, and melodic synths over two tempos and six minutes. “Cousins” captures a frenetic energy with breakneck-speed drums, descending guitar licks, and a chaotic bassline. Opening track “Horchata” combines calypso, baroque, and electro-pop that culminates in one of Vampire Weekend’s most memorable songs.

Though Contra can certainly be viewed as a transition from their debut to Modern Vampires, this record also goes beyond that. It’s partly a reflection of the indie rock landscape in 2010. It’s also a treatise on the nuances of language and the multiplicities of meaning that can be abstracted from a singular work. Perhaps most apparently, it’s the album that solidified Vampire Weekend as a staple in their genre. Modern Vampires or Father of the Bride wouldn’t exist without Contra, as this is the record that catapulted Vampire Weekend to new heights.