Grammys 2020: The Jonas Brothers perform “What A Man Gotta Do” and debut new song: Watch 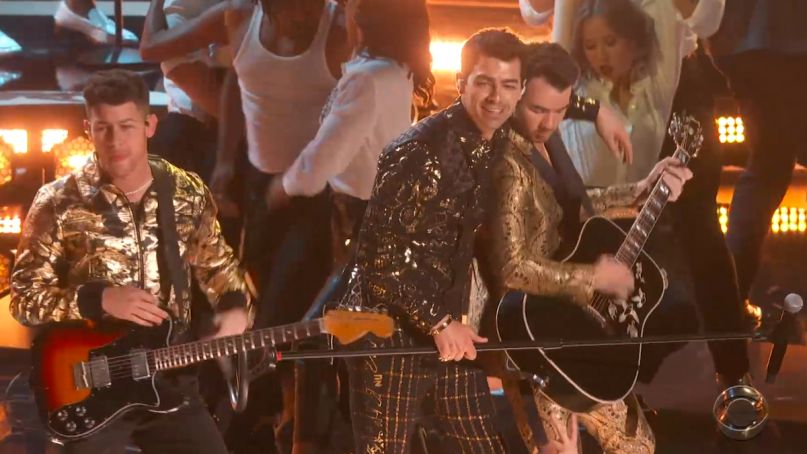 The Jonas Brothers delivered a two-song performance at the Grammy Awards on Sunday. The three siblings may be nominated for their reunion album, Happiness Begins, but they surprised the crowd by performing two new songs, including “What a Man Gotta Do” and untitled track we’re going to call “5 More Minutes”.

Replay the lively performance down below.

“We went into every session hoping to bottle up happiness and bring it to the world,” Joe Jonas previously told Apple Music of the album. “We didn’t know that would actually become the title of the album, or that the cover would be the visual representation of how we feel, which is that with each other, we can get through anything.”

The Jonas Brothers embarked on a proper reunion tour last year, but still have plenty more concerts lined up for 2020. Find your tickets here.