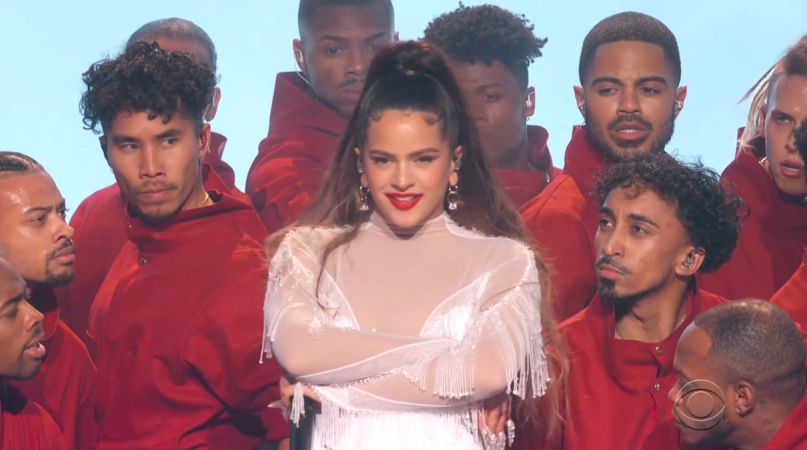 Rosalía at the Grammy Awards 2020

Rosalía not only showed off her incredible musical style, but her major dance moves. She took a show-stopping dance break as she transitioned between songs. Watch below.

Rosalía was the first all-Spanish language artist to ever score a Best New Artist Grammy nomination, though she ultimately lost out to Billie Eilish. Earlier in the night, she won Best Latin Rock, Urban or Alternative Album for El Mal Querer. The 2018-released LP previously won Album of the Year at the 2019 Latin Grammys.

In recent months, the Barcelona native has collaborated with Travis Scott, Gesaffelstein, and Ozuna. Additionally, Rosalía has released a number of new singles, such as “A Palé” and “Juro Que”, believed to be off a forthcoming third album. She also got a coveted co-sign from the Barack Obama.