Moreover, a judge has ruled against the drummer's request to be reinstated in the band 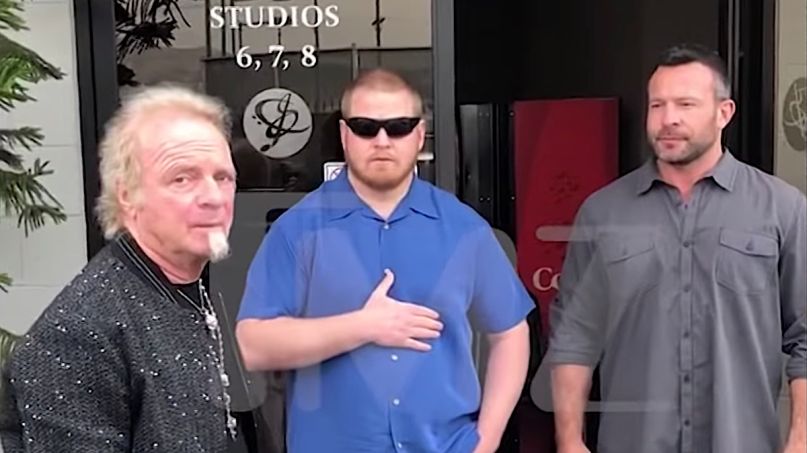 The unfortunate legal battle between Joey Kramer and Aerosmith now has a humiliating visual element. A newly surfaced video shows the drummer being blocked by security guards from entering the band’s rehearsal.

As previously reported, Kramer filed a lawsuit requesting to be immediately reinstated into Aerosmith. For the past several months, the band’s founding drummer has been replaced with his own drum tech, John Douglas, during Aerosmith’s Las Vegas residency shows and other gigs.

Kramer had injured his shoulder and foot, and was unable to perform with for a while, but wanted to return to Aerosmith for their upcoming high-profile gigs at the Grammy-sponsored MusiCares Person of the Year event, as well as the Grammy Awards this weekend. He claimed he had an open invitation to rejoin the band, but was asked to audition to get his job back.

For their part, Aerosmith stated, “Joey Kramer is our brother; his wellbeing is of paramount importance to us. However he has not been emotionally and physically able to perform with the band.”

Now, TMZ has obtained video of Kramer being turned away by guards while trying to enter Aerosmith’s rehearsal in Los Angeles for the MusiCares and Grammy performances. That footage can be seen below.

On top of that, a judge just ruled against Kramer’s request to be immediately reinstated, leading the drummer to issue the following statement:

“Although I’m extremely disappointed by the Judge’s ruling today, I respect it. I knew filing a lawsuit was a bit of an uphill battle considering that the corporate documents don’t reference any process for a band member returning from an injury or illness. However, the band waited until January 15th to tell me that they weren’t letting me play at the awards ceremonies this week. I can hold my head high knowing that I did the right thing — to fight for my right to celebrate the band’s success that I have dedicated the better part of my life to helping build.

The truth speaks for itself. Ever since I injured my foot last August and went through many hours of physical therapy to heal, not once did the band in its entirety offer to rehearse with me. That is a fact. I was also sent the full rehearsal schedule on January 18th and flew to LA the next day to rehearse and have many texts and emails stating the band can’t wait for my return. That’s also a fact. When I showed up to rehearse, I was greeted by two security guards who prohibited me from entering.

The band’s offer to allow me to participate in this week’s MusiCares and Grammy celebrations for red carpet photo ops only, is appreciated; however, with a fill-in drummer playing on stage at two events honoring our collective musical contributions, it is extremely hurtful to me. I am a professional musician who is eager to return to my rightful place with Aerosmith.

I want to thank my fans for the incredible outpouring of support and for sharing my goal of taking my place on stage as one of the five founding members of Aerosmith and continuing to play the music I love.”

Aerosmith will be the honorees at the MusiCares Person of the Year ceremony on Friday evening (January 24th). The band will perform at the event alongside Foo Fighters, Alice Cooper, Johnny Depp, Sammy Hagar, Jonas Brothers, John Legend, and more.

In addition, Aerosmith will also perform a medley of hits at the actual Grammy Awards on Sunday night (January 26th), where they’ll be joined onstage by Run-DMC for “Walk This Way”.

See the video of Joey Kramer being turned away from Aerosmith’s rehearsal below.