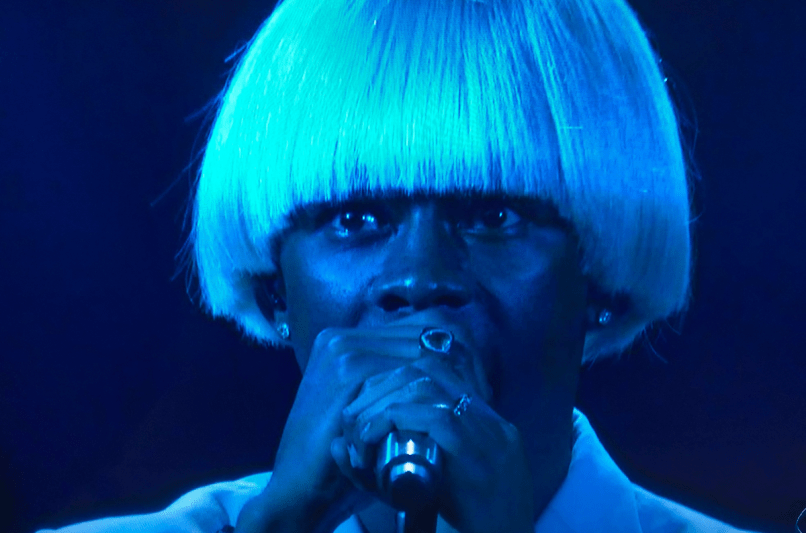 Tyler, the Creator at the Grammy Awards 2020

Tyler, the Creator took the stage at the 2020 Grammys and proved exactly why he’s one of the 10 Touring Artists Who Shaped the Decade in Music.

The Odd Future rapper first got the audience at the STAPLES Center swooning with a portion of the stellar “Earfquake”, taken from last year’s IGOR. He was accompanied by both Charlie Wilson and Boyz II Men.

Tyler followed up that soulful, mellow crooning with something else entirely: fire explosions and earth-rattling bass. Joined by dancers dressed up just like him (right down to the wig!), the rapper served up a high-energy rendition of “New Magic Wand”. How hyped was this throwdown? He literally had the cameras shaking.

Watch it all go down below.

Later in the night, Tyler won his first-ever Grammy, as IGOR took home Best Rap Album. As he accepted the award, he was joined on stage by his mother and gave a shout out to Pharrell Williams.

The MC will continue to support his latest album with a number of 2020 tour dates, including appearances at Primavera Sound in Spain, New Orleans’ Buku Music + Art Project, and Roskilde Festival in Denmark. Get tickets to all of Tyler, the Creator’s upcoming concerts here.