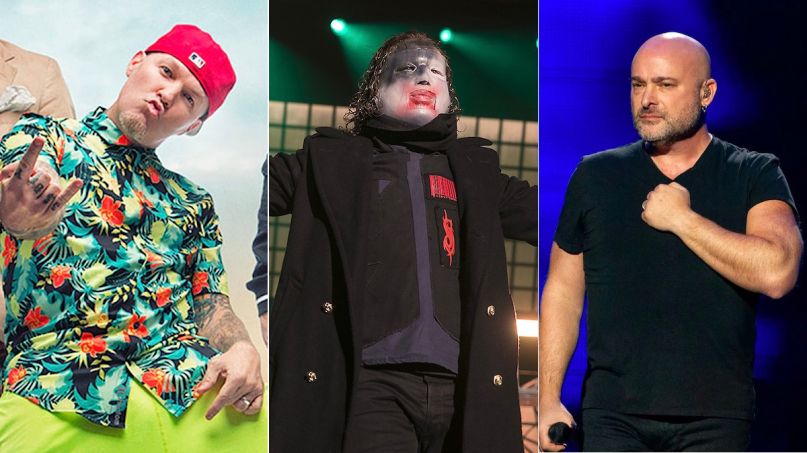 One of the Midwest’s biggest rock music festivals, Rock Fest, is back this year with a lineup featuring some of the biggest names in hard rock and metal. Rock Fest 2020 — set for July 16th through 18th in Cadott, Wisconsin — promises headlining sets from Disturbed, Slipknot and Limp Bizkit, as well as a long list of other notable heavy acts.

The festival will kick off with a pre-festival party on Wednesday, July 15th, featuring a headlining performance from Queensrÿche, plus performances from Royal Bliss, Joyous Wolf, Slaughter, Stitched Up Heart, The Black Moods, Unkle Daddy, and Modern Mimes.

Rock Fest officially begins Thursday, July 16th, with a headlining set from Disturbed. Other acts lined up that day include Staind, Hellyeah, Theory of a Deadman, Saint Asonia, Memphis May Fire, Fozzy, Blacktop Mojo, Carnifex, Kobra and the Lotus, and more.

The Friday, July 17th, lineup will bring a headlining performance from Slipknot along with sets from Papa Roach, Steel Panther, Anthrax, Bad Wolves, Of Mice & Men, All That Remains, Like a Storm, Crobot, Bones UK, Silvertung, and more.

The festival will wrap up on Saturday, July 18th, with Limp Bizkit headlining along with performances from Chevelle, We Came as Romans, Hollywood Undead, Avatar, Gemini Syndrome, Hyro the Hero, Rachel Lorin, Through Fire, and more. One more main support act for Limp Bizkit will be announced on January 24th.

See the full lineups for each day in the poster below. To purchase tickets and find more information on Rock Fest, visit the festival’s official website.