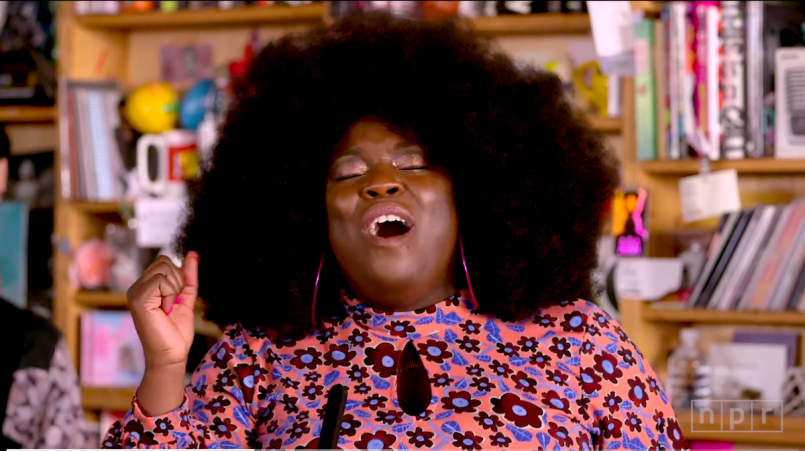 Yola during her Tiny Desk Concert

2019 was a breakout year for 36 year-old Yola. The country soul artist recorded her debut album Walk Through Fire with Dan Auerbach of the Black Keys, and she contributed vocals to country supergroup The Highwomen’s number-one eponymous album. Yola is set to keep the good times rolling in 2020, and she’s kicked off the year with a thunderous performance for NPR’s Tiny Desk Concert.

Yola has an earth-shaking voice, the kind of instrument that could be heard two counties over. Her full-throated power was on display throughout the Tiny Desk Concert, as she cannonballed  through “Faraway Look”, “I Don’t Wanna Lie”, and “It Ain’t Easier”. Her vocal phrasing is rooted in the American south, somewhere between Aretha Franklin and Dolly Parton. So when she speaks with a British accent — homemade in Bristol, UK — it’s almost as shocking as her pink and blue dress. Watch the full performance below.


Yola made her late-night TV debut last year, playing “Faraway Look” and her cover of “Goodbye Yellow Brick Road” on Kimmel. She’ll be touring North America for the next three months, including playing Bonnaroo and opening for Chris Stapleton. Get your tickets here.