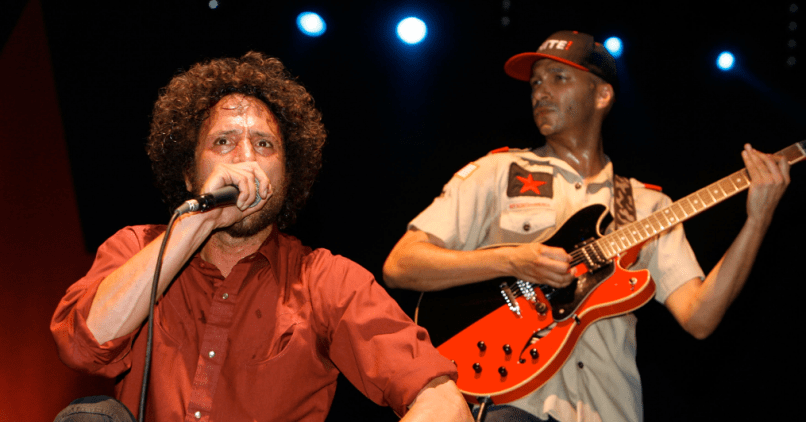 Outside the Spotlight takes a look at what famous musicians work on while not facing the bright lights of their most famous gigs.

Zack de la Rocha is an icon. He’s one of the most famous (and recognizable) frontmen of the last three decades, and yet, he’s habitually stayed away from the spotlight. When Trump got elected, everyone was positive Rage Against the Machine would come roaring back, because no matter what you believe in politically, hating Trump is pretty much on-brand for the band who once had t-shirts with Che Guevara on them. But, still nothing.

For a while, de la Rocha would pop up on occasion. He released a demo with now-Queens of the Stone Age drummer Jon Theodore as One Day as a Lion and then appeared on the Run the Jewels track “Close Your Eyes (And Count to Fuck)”, but aside from those two instances, nada. For a while, he was working on a Trent Reznor-produced hip-hop record with every old-school luminary set to appear, but still, no dice.

Every once in a while, Rage Against the Machine would come out of retirement. They’d destroy festivals, only to quickly retreat back into the darkness. Was this at the behest of de la Rocha, considering Tom Morello, Tim Commerford, and Brad Wilk haven’t stopped playing with one another in whatever Rage-related project has been kicking around since the early 2000s?

Trump gets elected. We’ve got to endure Prophets of Rage, which is another case of taking legends and sticking square pegs into round holes for overly mediocre results.

And then somehow it leaked that Rage Against the Machine was back. Dudes in their late thirties lost their shit. de la Rocha came out of his self-imposed cave. He’s going to sing “Calm Like a Bomb” again. The Internet exploded with hope. At the very least, they’d hit the festival circuit. Whatever shape and form we could get the band back, we wanted it.

For a band that have stood the test of time, sold more than 20 million records, and can fill a stadium in any city in the world, it’s hard to understand why de la Rocha continues to walk away every few years. The band haven’t recorded any new music since their middling covers album, Renegades, back in 2000. Since then, every time they get back in the saddle, it’s a greatest hits set. But again, no one’s complaining.

With Zack de la Rocha turning 50 this month and Rage lining up festival dates, there’s so much we still don’t know about the guy, what makes him tick, and why he’s turned down truckloads of money, but the journey has been nothing short of incredible.

Update – February 10th: Rage Against the Machine have announced a 40-date reunion tour.