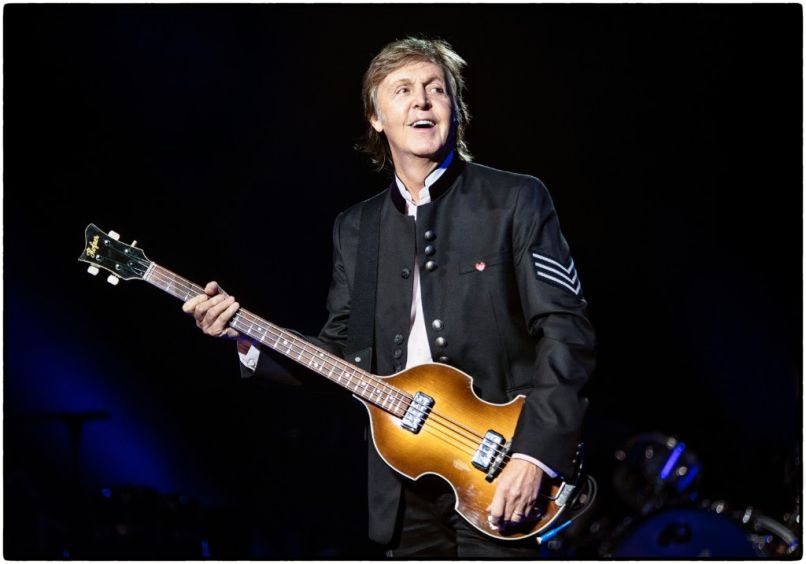 This feature is sponsored by StubHub.

Many consider Oscar night to be the most glamorous evening of the year. Spotlights pan the skies, the red carpet gets unrolled, the stars (both celebrity and celestial) are out, and everyone dresses to the nines. But don’t make the mistake of thinking that the Academy Awards are a Hollywood-only affair. For years now, rock stars have been rubbing elbows with Tinseltown elite on Oscar night — even taking home the occasional little gold man. It’s a tradition almost as old as the actual Grammys.


While once-in-a-generation talents like Barbra Streisand and Cher have been able to take home Oscars on the strength of their acting chops, popular music artists have typically been nominated and awarded for doing what they do best: writing and performing a perfect song for the film in question. That can be as simple as The Beatles playing their own songs in Let It Be, as inspired as Eminem serving up the anthem that drove 8 Mile, or as unexpected as Nine Inch Nails frontman Trent Reznor igniting a second career through his composing for The Social Network.

2020 once again finds legends from the popular music world competing for Oscar recognition. Elton John and Bernie Taupin — one of the great writing collaborations in rock and roll history — are nominated for their contribution to last year’s Elton John biopic, Rocketman. Meanwhile, songwriting legend Randy Newman will be crossing his fingers during the Original Score and Original Song categories for his work on the marvelous Marriage Story and the beloved Toy Story 4, respectively.

Luckily, once all the winners have been announced and the red carpet gets rolled up and stored wherever it is you keep a carpet the length of a football field, many of our favorite musician winners — past and present — can still be found bringing their cinematic masterpieces to concert venues all around the country. While you may not have the chance to hobnob at the Oscars, StubHub has you covered with all the best available seats to see these Academy Award-winning stars at a venue near you.

In that spirit, here are 10 Oscar-winning artists out on tour as we count down the days until the 92nd Academy Awards.